When Huntsville, Ala., Teenager Kieran Moses traded in his 19-inch Afro for a shaved head on May 29, children with cancer at St. Jude Children’s Research Hospital were on his mind.

At the time, Moses, now 18, hadn’t cut his hair since a close friend died of brain cancer in eighth grade. However, the recent high school graduate had pledged to attend the U.S. Air Force Academy for college, and the academy requires all incoming male cadets to have hair no more than two inches in volume. As basic training approached, Moses transformed his requested chop into Kieran’s Curls for Cancer, a fundraiser for St. Jude Children’s Hospital in memory of his friend.

In a webpage advertising the initiative, Moïse said he hoped to raise $ 1,000 per inch of hair for a total of $ 19,000. Noting that St. Jude had “really helped” his friend’s family, he wrote, “This is just one way I feel I can give back.”

Nearly 100 people watched on Facebook Live as Moses got a braid and haircut at the local Straight to Ale brewery on May 29, according to CNN. By the end of the day, Kieran’s Curls for Cancer had raised $ 20,000, the outlet reported. But donations continued to flow. As of July 19, the fundraiser had brought in $ 49,436, more than double Moses’ original goal. 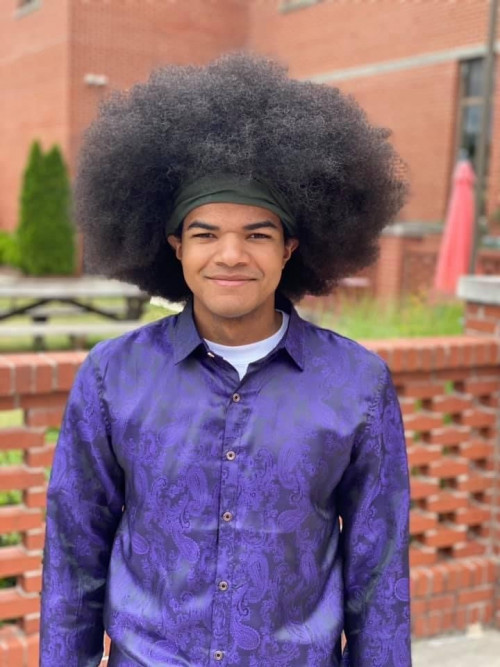 “Kieran’s simple act of kindness exemplifies the power of the younger generations and is something to celebrate, a selfless decision that will have a direct impact on the lives of the children of St. Jude Children’s Research Hospital and children around the world for years to come. coming up, ”Richard C. Shadyac Jr., president and CEO of the Lebanese-Syrian American Charity, which oversees fundraising and awareness for St. Jude, told CNN.

Ironically, Moses himself may not know the impact he had. He recently started basic training in Colorado Springs and won’t have access to electronic devices for four weeks, according to CNN, which means he’s almost completely cut off from the outside world. Indeed, his mother, Kelly Moïse, 49, wrote in postscript to the page: “THERE IS NO IDEA THAT HE IS STILL DOING GOOD THINGS !!

“Kieran has always been known for his hair. It was a big part of who he was and who he was,” she told CNN. “But he was always the most compassionate and caring person. Since he was 6, he sort of had a mentality to raise money and give it to people who needed it, and that never changed.

Contacted by Cancer Health, Ms. Moïse added, “This whole event has been mind-blowing. We had no idea it would take off like this, but we’re so excited he did. Hopefully a lot more people will be encouraged to do good things (that was his end goal). He has donations from 44 states and four countries !! Imagine that, all kinds of people are coming together to help you. It’s amazing!” 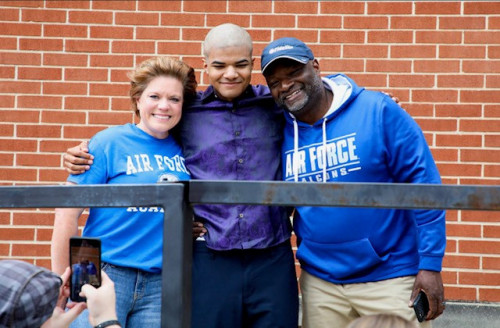 Kieran after with mom and dadCourtesy of Kelly Moïse

In addition to raising nearly $ 50,000 for St. Jude, the Moses haircut will benefit the Children With Hair Loss charity, which produces wigs for children and young adults who have lost their hair for medical reasons. The teenager’s hair was donated to the association rather than thrown away.

To learn more about children diagnosed with cancer, check out childhood cancer resources and read “Pediatric cancer survivor goes on mission to historic space” and “COVID-19 interrupts treatment of a pediatric cancer patient ”.

Op-Ed: New Approach To Make It Rain For STEM Teachers