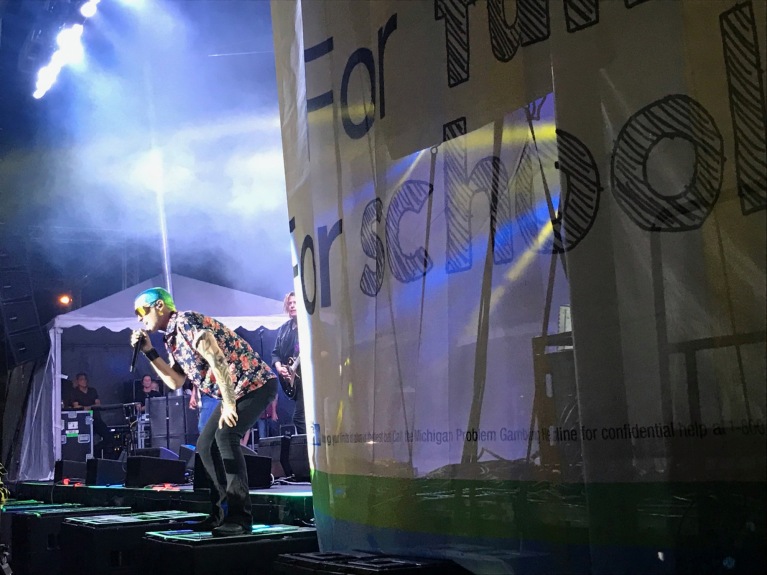 This year’s Soaring Eagle Arts, Beats and Eats festival drew one of its biggest crowds and raised the most money for charity groups since the festival began, organizers said Thursday.

Donations of $ 398,133 were generated through the festival.

The money comes from several sources during the Labor Day weekend event, including festival sponsorships, entrance fees, beverage sales, and other income.

Donations to civic and charitable groups were made Thursday at an event in Troy with festival producer Jon Witz, the county and other officials at Flagstar Bank headquarters.

Arts, Beats and Eats this year at Royal Oak presented Pearl Jam, one of the biggest headliners in the history of the event.

About 375,000 people attended the event, making it the fourth highest attendance since the annual Arts, Beats and Eats festival began in 1998, organizers said.

In a statement, Witz said the community has been fully supportive of the event and the donations this year.

“We have delivered the most outstanding musical artists in festival history,” said Witz, “while serving amazing food, top performers from across the country and lots of family fun.”

The weather is always a factor in the number of spectators and Witz noted that there was “wonderful weather” for the festival.

“As a result of this incredible success… we have generated higher than expected funds for a range of community and charitable organizations,” he said.

The COVID-19 pandemic caused the cancellation of Arts, Beats and Eats in 2020, although an event called The Beats Go On, has a few virtual and small social-distancing events in Royal Oak with musical performances and artists.

The festival’s return for 2021 was part of the return of live musical performances after a drought of such events for more than a year.

Arts, Beats and Eats “was not only crucial for musicians, artisans, area businesses and charities … but it also lifted morale as festival guests enjoyed the culture and good times,” Witz said.

More than $ 6 million has been raised for charity groups since its inception, organizers said.

Of the money raised this year, $ 192,411 went to charities in Royal Oak or to city parks, with donations coming from the city parking lot.

Flagstar Bank, a main festival sponsor, supported cultural opportunities this year with its Flagstar Culture on 4 during the event, while several of its bank branches received non-perishable food donations for the Gleaners Community Food Bank.

Festival goers who donated three or more cans received a discount on admission to Arts, Beats and Eats.

Ultimately, this effort resulted in 3,000 pounds of food, which was enough to distribute 2,500 meals to those in need.

Soaring Eagle raised donations at the front doors for Hunger Relief and raised $ 10,500. This amount was matched with a donation of $ 10,000 from Kroger.

Among the funds raised, $ 82,500 from the proceeds of the gate was donated to a dozen organizations such as Forgotten Harvest, HAVEN, Lighthouse of Oakland County, Stagecrafters, The Rainbow Connection, Metro Detroit Youth Clubs, The Ted Lindsay Foundation HOPE Center and Volunteers of America.

Another dozen charities shared $ 57,800 in donations to the festival, organizers said.

Rental cars: when to book for a vacation trip this year

When will flying cars finally be ready for public society?