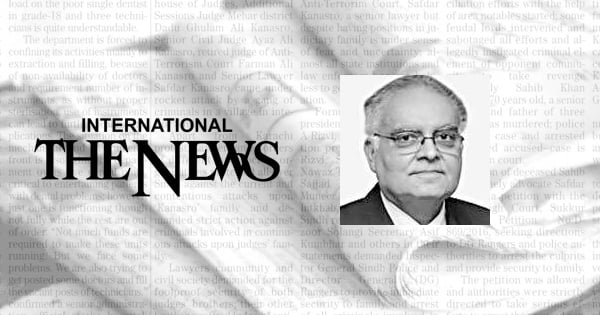 The challenge in managing the short-term crisis is to avoid default without making the poor pay. At the same time, the tactical measures taken should be designed to set the strategic direction of the economy towards a people-centred process of economic growth. In this article, I will try to meet this challenge.

The current crisis has two interrelated aspects. First, the State Bank’s reserves, net of liabilities and redemptions over the next two months, would be materially negative. Without a quick injection of US dollars from the IMF, there is a danger of an exchange rate collapse accompanied by hyperinflation.

Second, the budget deficit must be kept at a level that prevents a huge accumulation of external debt in the financing process. Historically, faced with such a situation, the government has chosen policy instruments that have increased the burden of the poor, while protecting the interests of the elites. Given the current crisis in the state, society and economy, the government must stem the financial rot by placing the burden on the rich rather than the poor. The following steps can be taken in this regard.

First, the extremely low reserves of the State Bank create the imperative for a drastic reduction in foreign exchange expenditure on non-essential imports. For example, motor vehicle imports alone in 2020-21 were $1.53 billion, which accounted for almost 4% of total import expenditure. This figure represents an 80% increase in motor vehicle import spending over the previous year.

Second, the fiscal deficit issue needs to be reconceptualized in light of recent research. The key to understand is that it is not the size of the budget deficit that should worry the government, but what is causing it. If the budget deficit, even at 9 percent of GDP, is generated by business investment, then the ensuing economic growth and consequent increase in income will reduce the deficit over time. It is unproductive government spending that needs to be cut, not productive spending. Thus, the preoccupation with “finding fiscal space” is misguided. As Professor Lord Robert Skidelsky observed in a recent Government College University Lahore (GCU) webinar, government can create as much fiscal space as it wants by borrowing from the State Bank and spending on productive investments.

Third, a general withdrawal of all subsidies in an attempt to reduce the budget deficit can have serious adverse consequences on the lives of the poor. Thus, subsidies that ease the economic burden of the dispossessed classes should be retained, while subsidies that enrich the upper class should be removed. For example, tax breaks given to the elite in the form of income tax, sales tax and customs duty exemptions amount to 1.3 trillion rupees. Why not let the rich pay their taxes and use the income to provide a cushion for the poor and middle class that would actually accelerate economic growth.

Fourth, more revenue can be generated by placing three types of direct taxes on the super-rich: (i) raising stamp duties on large land transactions; (ii) increasing property taxes on those with more than one house; and (iii) a “Food for the Poor” tax on owners of luxury cars and many homes.

Fifth, some policy measures can be taken immediately to benefit the poor, with the revenue saved by removing tax exemptions from the super-rich and imposing new direct taxes on them. First, the government can declare that food is a basic human right. In this regard, the government can commit to providing, through food stamps, life-saving food rations (flour, ghee, cooking oil) up to 50% to the poorest 40% of households currently in food insecurity situation.

Second, an employment guarantee program for the rural poor. This would involve offering them employment for 200 days of the year at the prevailing market wage rate. They can be hired to work, using simple tools, on rural infrastructure projects such as strengthening canal banks, pucca khalas, and building water reservoirs near rivers to build up reserves water during floods. Third, the government can commit to providing high quality education, health care and social protection to all citizens. Recent research shows that public spending on health, education and social protection are not simply measures of well-being, but also contribute to increasing the productivity of citizens and therefore to accelerating GDP growth.

The policy measures outlined in this essay can, while trying to avert economic collapse in the coming year, lay the groundwork for a new process of growth fueled by the people and working to their advantage. It is precisely during a major crisis that the seeds of a new economic trajectory that is for the people and by the people can be sown.

The author is Distinguished Professor at the National University of Beaconhouse, Lahore. He can be contacted at: [email protected]

The All-Digital Loan: How Personal Loans Save Time and Effort