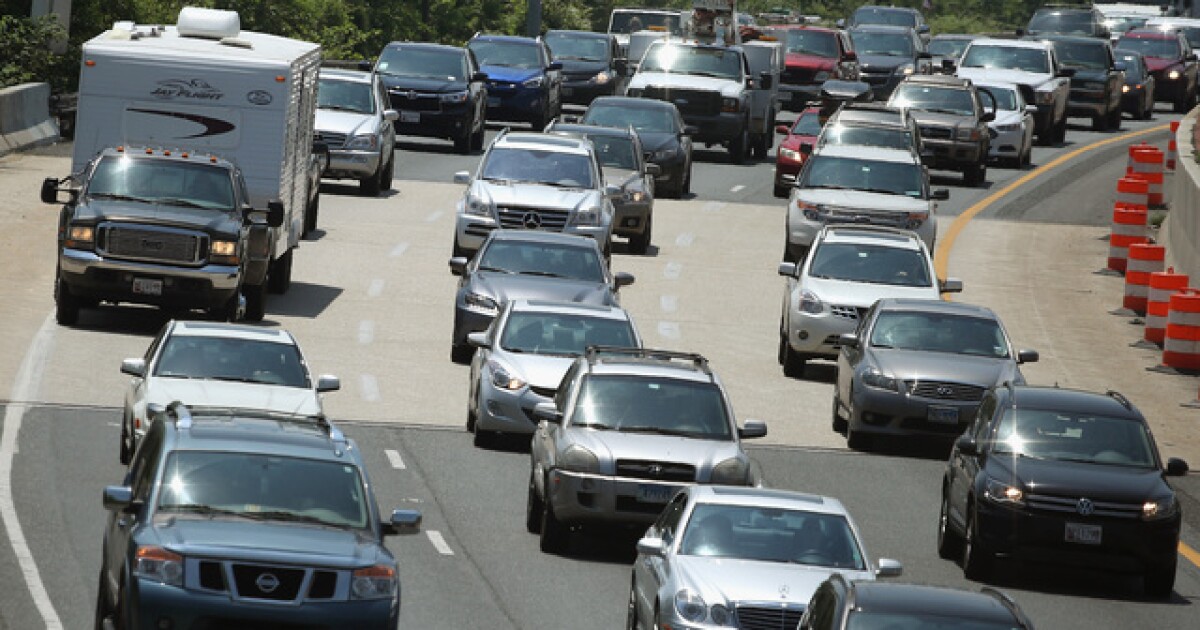 DENVER — A bill to take more cars off the road by encouraging employers to provide alternative transportation options died in committee on Monday.

House Bill 22-1138 had two main priorities: create an income tax credit for employers who provide alternative transportation options to their workers and require businesses with 100 or more employees to complete a survey. transport annual.

The survey would ask questions such as how the company’s employees get to and from work each day, their commuting distances and alternative transportation methods. Companies that claimed the tax credit would also have been required to participate in the survey.

The bill also would have required companies to provide alternative transportation options to all essential workers and those earning less than $40,000 a year in order to qualify for the credit. Alternative options could have included bike parking, carpooling, flexible working policies, electric vehicle charging stations and more.

“Transportation is the number one source of greenhouse gas emissions in all of Colorado, and passenger vehicles account for the majority,” said Jenny Gaeng, transportation manager for Conservation Colorado. “We need to transform the way people move around our state. It’s very, very clear.

Gaeng and supporters of the bill thought it would be a big step for the state to clean up air pollution and help protect people’s health, especially in disenfranchised communities. without removing employee options. They supported the business survey because they say it would give the state a starting point on how far people travel and why they choose certain transportation methods over others.

However, the bill has faced stiff opposition from business groups, cities, the Colorado Chamber of Commerce, builders, and more.

“Coloradoans depend on their cars, and we don’t think it should be up to the state legislature to make it harder or incentivize them to move people out of cars and other forms of transportation” said Tim Jackson, president and CEO of the Colorado Automobile Dealers Association.

Jackson opposed the bill because he thinks people like having their cars for convenience and he fears the bill has created unnecessary barriers for businesses. There are also areas of the state where he doesn’t think it’s viable, such as rural or mountainous communities with fewer public transit options.

“Our automotive industry is moving towards fully zero-emissions functionality, and we are growing there rapidly. It’s going to take a while to get there,” Jackson said. “We think it’s a much more practical solution to improving air quality.”

During a committee hearing on Monday, the bill’s co-sponsors proposed several serious amendments to the legislation to tax tax credits and remove the mandatory survey, making it instead voluntary for businesses. However, even with the changes, Democrats and Republicans on the House Finance Committee expressed concern about the bill and decided to kill it.

A second, more bipartisan bill that offers similar tax credits was able to pass its first test in committee earlier this month. House Bill 22-1026 would eliminate the current corporate income tax deduction for alternative modes of transportation and replace it with one that incentivizes employers to provide alternative transportation options to workers.

“There is no warrant on that. It’s just an incentive for employers, and I think that’s the best thing right now,” said Rep. Dan Woog, R-Weld, one of the bill’s co-sponsors.

According to a tax analysis of the bill, the state’s current corporate income tax deduction for alternative transportation is not widely used by employers in the state because it was difficult to get there. to regain. A federal deduction that was eliminated in 2018 also made the state-level deduction difficult for businesses to use.

The new bill aims not only to inform businesses about the tax credit, but also to provide more incentives for employers to use it.

“There would be a 50% refundable tax credit on alternative transportation expenses. So that’s pretty substantial and it’s just a great incentive to hopefully get them into that kind of transportation,” Woog said.

HB 22-1026 passed the finance committee earlier this month and continues to move through the legislative process. If passed, the tax credit is expected to cost the state $9.9 million in revenue this fiscal year and another $21.3 million the following year.

Is applying for a car title loan a good idea?