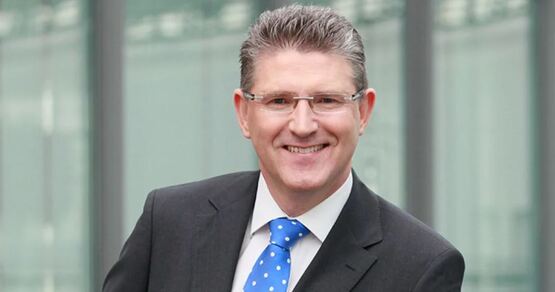 BMW UK chief executive Graeme Grieve is expected to retire from the post he has held for more than six years at the end of this month, AM can reveal.

Grieve, who served as the leading German premium car brand in the UK in October 2014 and once said that “I never thought about working for another automotive group”, will be replaced by l current Sales Manager Chris Brownridge on July 1.

Brownridge spent over 15 years with BMW UK and held a number of management positions including Marketing Director and Regional Mini UK Sales Director.

Grieve’s career at BMW UK began in 1990, when he joined the company as Regional Manager.

He rose through the ranks and became Director of Sales in 2001, holding that position for four years before joining Rolls-Royce Motor Cars as the luxury automaker’s global sales and marketing director.

Grieve once revealed that he never thought of working for another automaker after joining BMW over three decades ago.

He said: “I started working with BMW in 1990 after working for a few years in the chemical industry in polymer research and market development.

“I have always been a fan of cars and motorcycles so having the chance to work on the BMW, Mini and Rolls-Royce brands is a dream for me – I never thought of working for another automotive group.

Grieve added: “The prestige and image of the brand is strongly influenced by the products.

“Every time I drive or drive one of our vehicles it just reinforces how great our cars and motorcycles are, whether it’s a classic 328 or our latest generation 7 Series.

“It’s also exciting to see how our new products evolve from a design image to a full-scale product car. We have many very talented designers and engineers, so you always learn a lot when you spend time with them.

BMW’s wide range of vehicles is about to be completed with a series of new iX electric vehicles.

The iX is set to become the brand’s first fully electric SUV when it hits franchise dealerships in the UK in November this year.

It will join the iX3 EV SUV and will soon be joined by the i4 coupe, adding to an electrified BMW portfolio that started with the i3 sedan and i8 coupe in 2013.