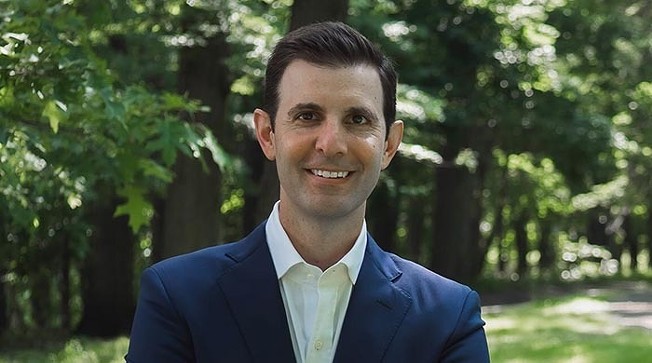 Photo: Courtesy of the campaign

Five weeks after announcing his candidacy for the 17th Congressional District of Pennsylvania in suburban Pittsburgh, Democrat Chris Deluzio has raised more than $ 255,000, his campaign announced on Oct. 5.

Initially announcing his candidacy on August 23, Deluzio, director of policy at the Institute for Cyber ​​Law, Policy and Security at the University of Pittsburgh, received donations from 650 people who contributed to his run in 2022.

“I am grateful for the overwhelming support we have received since launch and proud to have broken our fundraising projections this quarter,” Deluzio said in a statement. “This wave of early support shows that West Pennsylvanians want a representative who will fight for working families, not for special interests. This is exactly what I intend to do, and we are just getting started.

Prior to coming to Pitt, Deluzio worked in the Voting Rights and Election Security teams at the Brennan Center for Justice. He said his work focused on protecting democracy and the right to vote. Deluzio’s goals are to protect social security and benefits for veterans, improve healthcare, cultivate union power, and invest in infrastructure.

In an interview with Pitt’s news, Deluzio said the most powerful and wealthy corporations affect the lives of everyone in Pennsylvania and aim to challenge them to make sure the government is working for the people rather than the big business.

A veteran of the Navy, Deluzio ends his active service in Iraq after the attacks of September 11. He received his law degree from Georgetown University. He said his service helped shape his character and his ambition to run for office.

“I was deeply shaped by my time in uniform, what it meant to serve others and learn the power of solidarity quite quickly,” Deluzio told Pitt News. “We don’t leave anyone behind, no matter what their race, what class, or who they like, what they look like, where they come from, whatever. However, I look around and see far too many people left behind. ”

US Representative Conor Lamb (D-Mt. Lebanon), the incumbent, is stepping down and is currently running for the US Senate. Elections for the 17th Congressional District will be held in 2022.