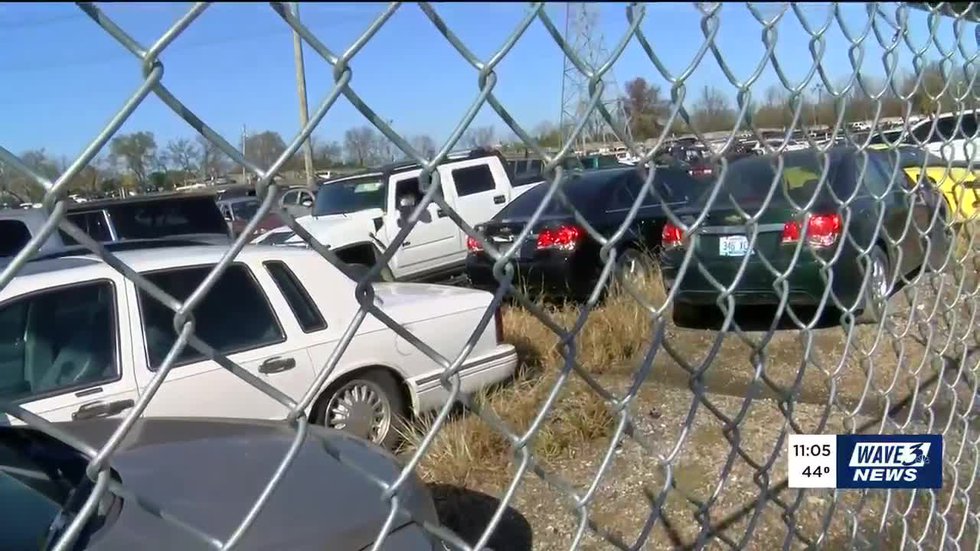 LOUISVILLE, Ky. (WAVE) – A 13-year-old boy was shot and killed playing with a group of children in an abandoned car on Tuba Drive near Cane Run Road earlier this week.

Now Louisville said it is making progress in getting those cars off the roads.

The abandoned cars have been the subject of two WAVE Troubleshooter investigations focusing on both the number of complaints and the city’s lack of progress on the issue.

New contracts have been signed for temporary storage facilities and also plan to hire more tow truck drivers to continue removing these piles of trash from city streets, the city said.

LMPD said it has towed 267 cars off the streets of Louisville since the start of the year, and an auction company holds auctions twice a month to help clear the backlog in the city’s pound.

They also hired an appraiser to help them decide which cars to scrap and which cars to auction, helping LMPD manage the city’s inventory.

When WAVE last reported, there were 3,000 cars jammed in the pound, well over its capacity of 1,800.

Mayor Greg Fischer and LMPD leader Erika Shields said there was still work to be done.

The city now uses a barcode for the vehicles it tows to help it manage its inventory and has contracted with another insurance auction company to use its storage facilities.

Shields said those cars needed to be retired.

“It’s a real danger to communities when cars start getting stripped and people are taking tires and catalytic converters, it’s happening on cement blocks,” Shields said. “When you have kids playing in a neighborhood, you don’t need cars on cement blocks.”

The Metro Board has approved funds for the city open a temporary site in Shively.

So far, LMPD said they haven’t had to use it and seemed to suggest opening up this ground would be a last resort.

The LMPD said it tows about 30 cars a day. They said there were several hundred also waiting to be towed through the city streets.