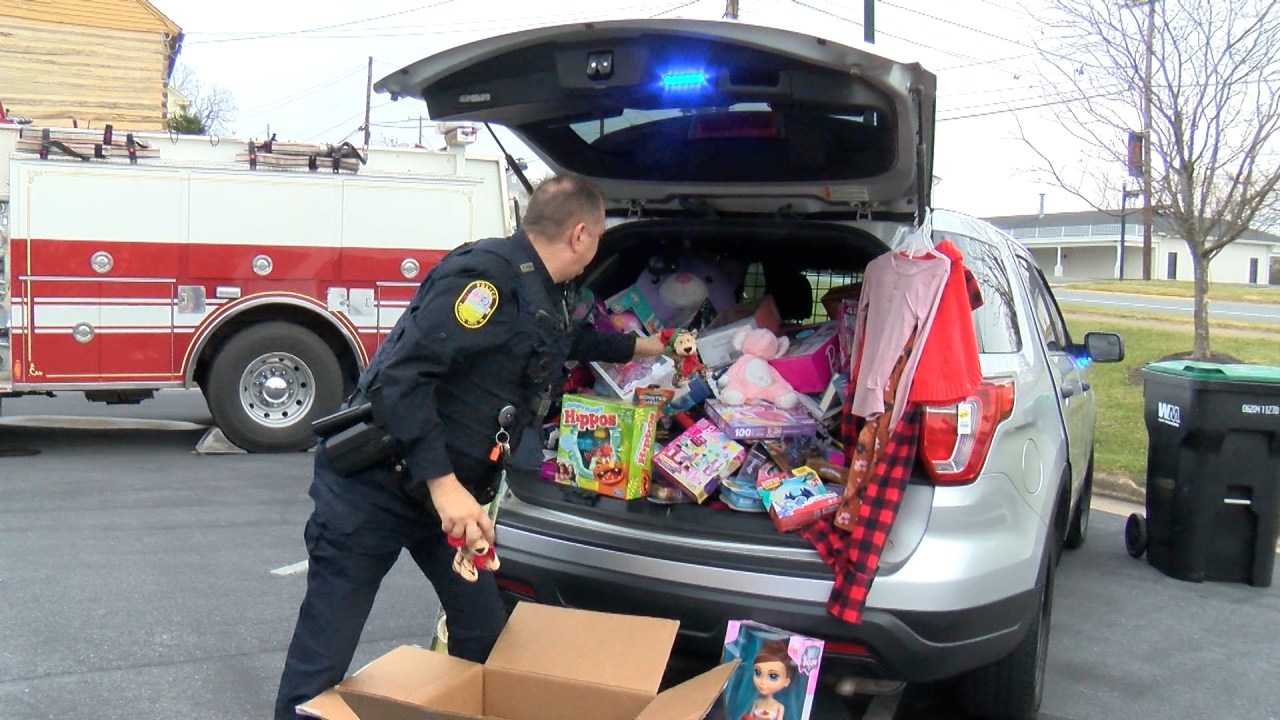 Runners participate in the annual Jingle Bell Rock and Run

The Stephens City Police Department is stacking new toys and clothing in their cruise cars for the second year in a row to benefit Toys for Tots. The police department has partnered with Capon Valley Bank on Main Street as a drop-off location for the event. This year the department needed more than a few vehicles to hold all the donations, and the agents even stopped the Grinch from stealing a few presents.

â€œWe have a lot of needy kids in the area and what we’re trying to do is make Christmas the best it can be for them,â€ Stevens City Police Chief Bill Copp said. â€œWe have three police cars. Last year we only had one and it was packed. This year we have planned for more people and as you can see we have a terrific crowd. All three are full of toys, they are all full.

Alana Kristo dropped off toys with her daughters, Hayden and Hadley Rae. She takes the opportunity to stuff the cruiser to teach them the importance of giving during the holiday season.

â€œI just want them to know that it is very important to give back to others because they are very lucky,â€ explained Kristo. “And I want them to understand that as lucky as we are, we have to help those who aren’t too.”