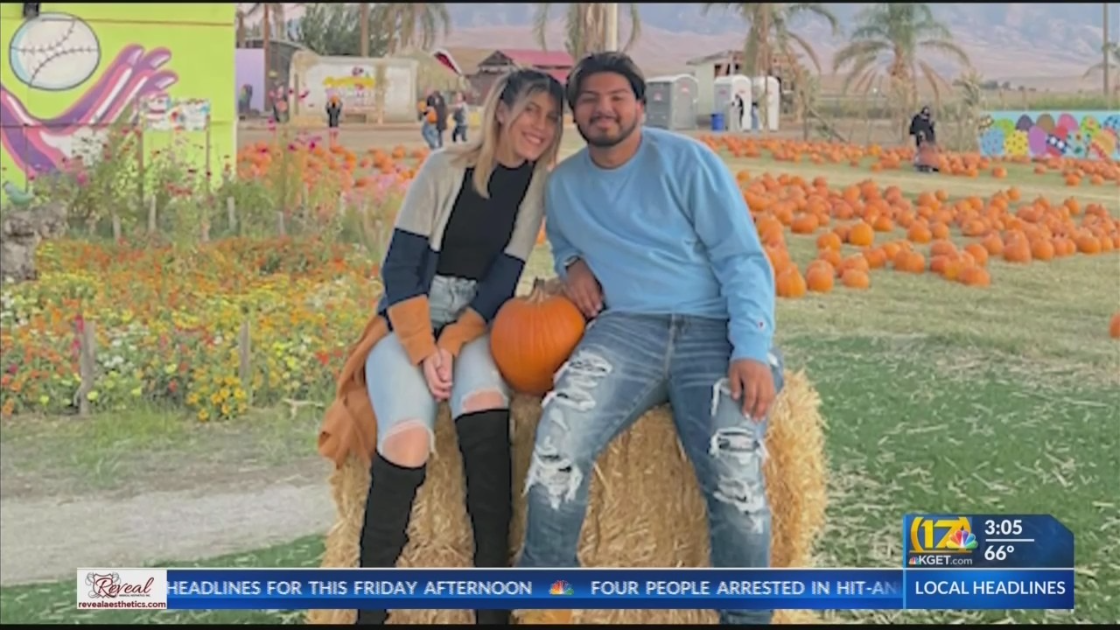 BAKERSFIELD, Calif. (KGET) — Community members have donated thousands of dollars to the family of a 19-year-old who was killed by a street runner Tuesday night in southwest Bakersfield. Meanwhile, police say they are still looking for a motorcyclist involved in the fatal crash that killed recent high school graduate Arvin.

Moses: Police were called to Panama Lane and Akers Road on Tuesday evening to reports of an accident. First responders say Iqbal Singh, 35, lost control of his Mustang while riding a motorcycle. He swerved into oncoming traffic lanes and slammed into a car driven by 19-year-old Bianca Flores. She was pronounced dead at the scene. Flores was on her way to see her boyfriend.

“She was going to bring me lunch, she hates it when I don’t eat,” Bianca Flores’ boyfriend Jose Barocio said. “But she never came.”

They shared their last words together over the phone.

“She just said ‘I’m on my way’,” Barocio said. “She did so much for us and my family really loved her. I just hope she knows from up there that she’s one of us. She’s part of our family.

Assmb. Vince Fong drafted a law targeting street racing and side shows last year, resulting in jail time for stunts such as burning tires and spinning engines. But he says that’s not enough.

“We definitely need more personnel, more street patrols to keep our roads safe,” Fong said. “So we’re working to introduce a significant budget request into the state budget this year, we think at least $5-10 million, to start giving those financial resources to our law enforcement agencies.”

Iqbal Singh is still in hospital at the last check with the police. When he is released, he will be incarcerated in Kern County Jail for murder. If you know anything about the motorcyclist in Tuesday’s fatal crash, or see any street racing, call Bakersfield police at 327-7111. If you would like to donate to the GoFundMe for Bianca Flores’ family, click here.

Should you take out a bill consolidation loan?

7 movies that make us dream of being on a beach