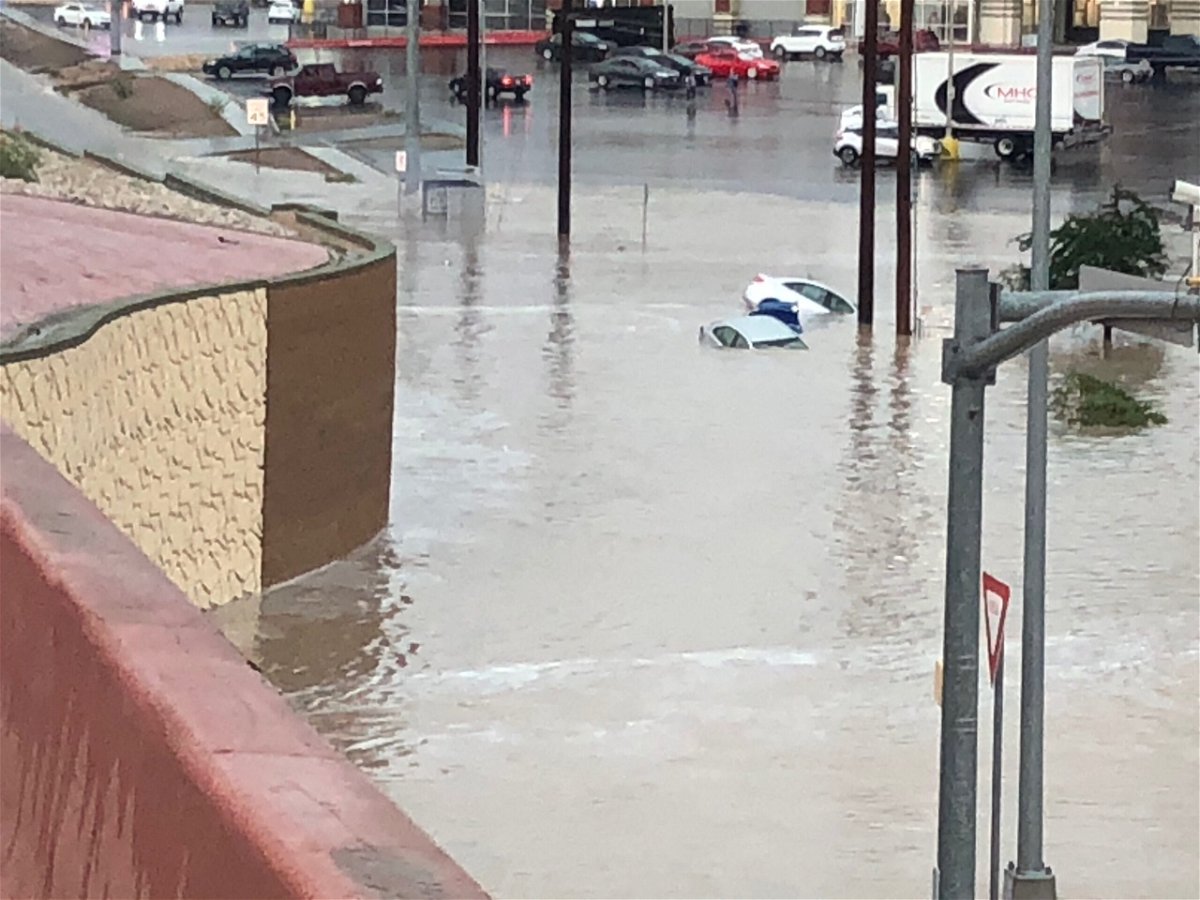 Several vehicles were submerged in raging floodwaters near the intersection of McRae and Gateway West near Interstate 10 on the east side of town. The flooding was so intense, authorities said, that a woman who got stranded had to be rescued at the intersection.

Flooding was reported in many places in El Paso, with the National Weather Service estimating that more than two inches of rain had fallen in some places. A flash flood warning issued by the weather service was in effect until 5:45 p.m. for El Paso County, and an early ABC-7 alert warned of the potential for more powerful storms with heavy rain.