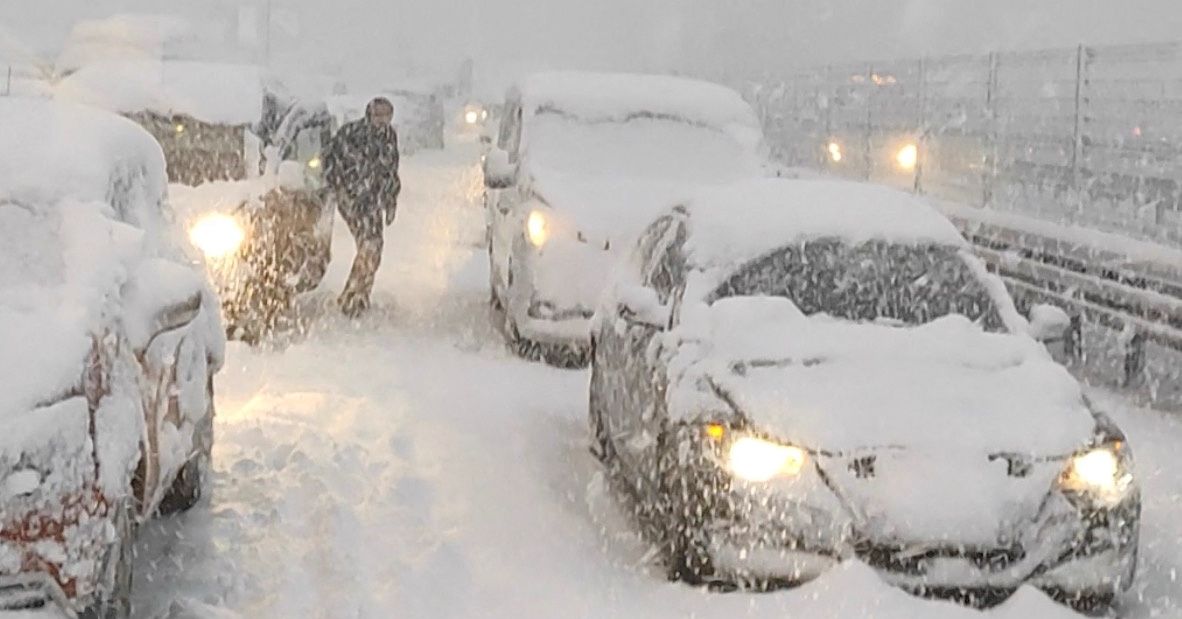 ISTANBUL, Jan 25 (Reuters) – Flights were suspended for a second day at Istanbul Airport and private vehicles were banned from the city streets on Tuesday as heavy snowfall blocked traffic and left people stranded in Turkey’s largest city and across the country.

Snowfall began late last week and has intensified in recent days in the city of 16 million. Images from the airport, among the largest in the world, showed runways covered in a thick layer of snow with planes and vehicles barely visible.

Video posted to social media showed a man skiing through the city streets late Monday, with people waving at him. Far in southern Turkey, snow has fallen on the beaches of the resort town of Antalya for the first time in 29 years.

Istanbul Airport said on its website that flight operations had been suspended until 10:00 GMT on Tuesday due to unfavorable weather conditions. Flag carrier Turkish Airlines (THYAO.IS) said on Monday it had canceled all flights departing from the airport.

Footage shared by the governor showed trucks and cars stuck along highways in and around the city. Read more

Istanbul Mayor Ekrem Imamoglu said 55,000 tons of salt had been used on the roads and he called on Turks to clear snow in front of houses and shops to help emergency teams.

“We hope that if we also overcome tonight with measures, we won’t have any more problems. May God protect everyone,” he said during a visit to a salt factory.

Across the country, some 4,600 people have been left stranded on roads and elsewhere, and thousands have been placed in temporary accommodation, the Disaster and Emergencies Authority said.

Black Cap Rachin Ravindra on Family and Cricket in India