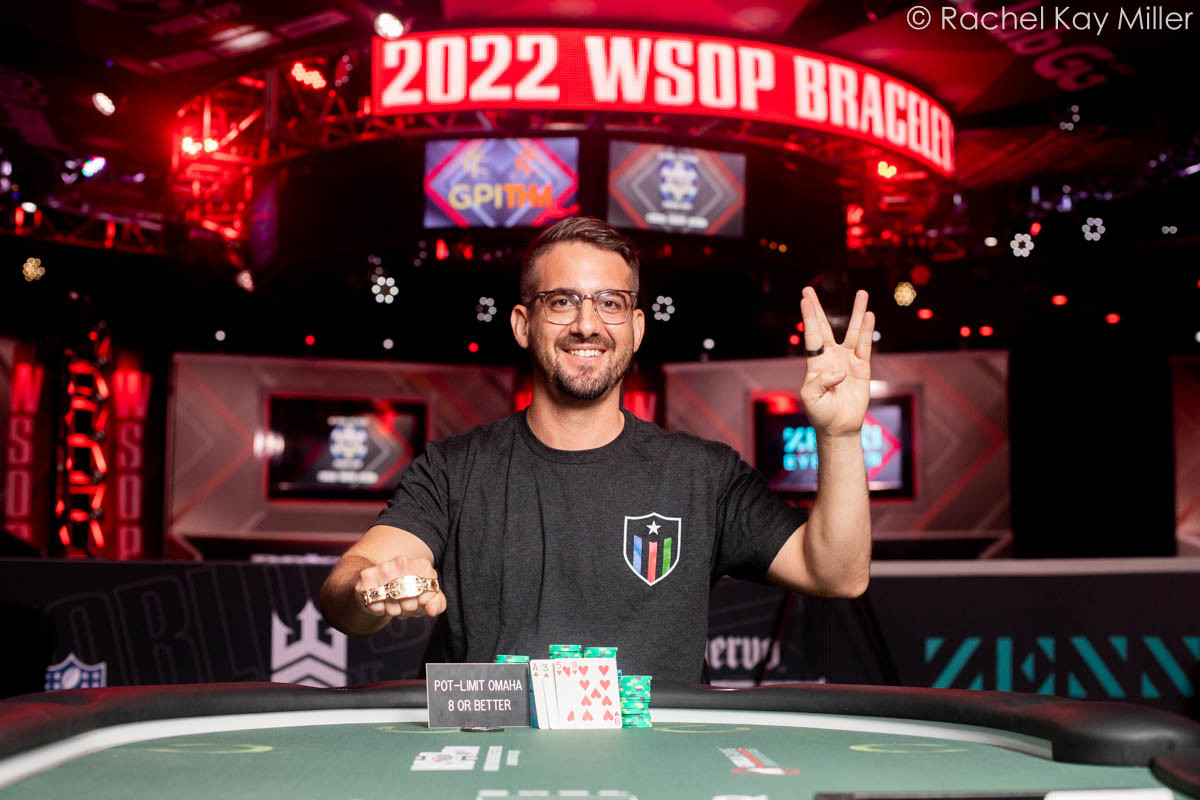 But it wasn’t the money or the trophy he had in mind when he played at the final table in the field of 430 entries.

Ruben proudly wore the shirt of a charity named Shields and Stripes, an organization aimed at helping veterans. Even after defeating defending champion Lally to win his fourth WSOP bracelet – he became the third player across four events to win his fourth bracelet alongside David Peters and Scott Seiver — Ruben’s focus was always on those the charity supports.

“This one is very, very special. I feel like this one is a bit taller than me,” Ruben said after his win.

“Honestly, I feel like it’s bigger than me. I represent them.”

“I wore this shirt. It’s a charity called Shields & Stripes. They help vets. They help first responders and police officers who have injuries that aren’t really visible. Honestly, I have l feel like it’s bigger than me. I represent them. I donate a percent of my earnings, but I also try to raise awareness of organizations like them and maybe also spread the word about other poker players who donate to charity.

Ruben was introduced to the organization by one of his coaches when he asked about charities to support with his poker winnings. Poker is a solitary game, played by one player against a crowd of opponents, and Ruben was trying to find a way to overcome the selfish nature of the game.

“I feel like when I play for a cause, I’m more fulfilled. It’s like a healthier way to play the game. The game can sometimes feel a bit selfish, so I feel more fulfilled,” he said.

Bookmark this page! Everything you need to know about the WSOP 2022 is here.

Ruben entered the final day as chip leader and saw players like Norman Chad (13th), Brian Rast (12th), and Marco Johnson (8th) did not reach the final table. He was third in chips at the start of the final table and eliminated Charles Branford in sixth place with a straight at Stud 8.

He also knocked out another four-time bracelet winner, Ben Yu, making two pair in another Stud Hi-Lo hand. It was yet another Stud hand that propelled Ruben to victory. He showed a full house against Naoya Kihara which catapulted him into a huge chip lead with three players remaining.

After Kihara’s elimination, Ruben and Lally engaged in a friendly and cordial heads-up that ended in a hand of Omaha 8 or Better. Lally raises all-in with two queens and Ruben calls with

. He paired his ace on the

flop and upgraded to a flush on the

round. The river was no help to Lally, who celebrated with Ruben with a toast after the game.

Lally’s bid to win the event for the second year in a row only missed a spot, but Ruben had nothing but praise for his opponent.

“It was great. He’s very likeable. He’s the defending champion and a very good player. So I’m blessed that I was able to beat him. I got the cards at the end,” he said. he declares.

Ruben has WSOP winnings dating back to 2013, but not even two years ago he had yet to win a bracelet. He went on to win two events in the WSOP Online and after that he won the $1500 Razz event in last year’s series. His four bracelets over the past two years have come in three different formats, both live and online. It’s the culmination of an effort he made years ago to adapt in order to survive in the game.

“I can see how five, six, seven, eight years ago hold’em was really tough to beat and the players were getting better. So I really felt like I had to be good at all the other games to keep my edge,” he said.

And he didn’t finish. Ruben plans to stay for the entire series. The quest for bracelet n°5 begins immediately: “I’m going to play a lot. I hope to win my fifth. I will continue and maybe even aim for the player of the year.”

This wraps up the Dealer’s Choice event coverage at $1,500. Keep following PokerNews for live updates from the 2022 WSOP at its new home at Bally’s and Paris Las Vegas.