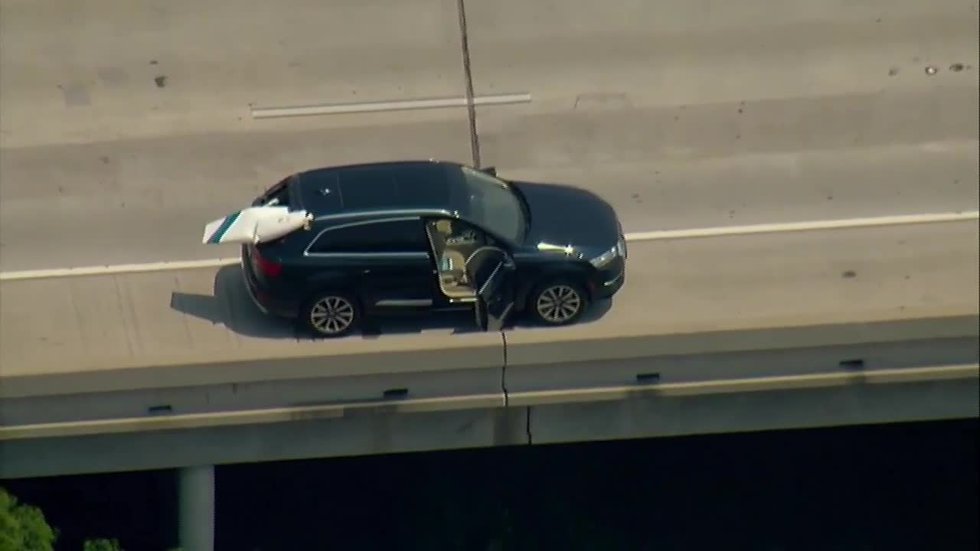 DEL MAR, Calif. (KGTV) – It was just after 12 p.m. Tuesday when a single-engine Piper made an emergency landing on Interstate 5 southbound at the exact same time, Evie, 7, and her grandmother , Victoria Roberts, were coming home.

“I thought I heard a big crash and thought we had been hit by a semi-trailer,” said Roberts.

It wasn’t a semi-trailer, it was the plane.

“We heard that loud noise, and my grandmother yelled at me and said, ‘Close your eyes and your mouth and get out of the car,’” Evie said.

But she was stuck inside. “The back door was stuck and there was water and glass all over the car,” she said.

Evie and her grandmother were soaked in jet fuel and the little girl crawled out of it on the center console.

They were helped by the kindness of a stranger. “And there was a nice woman named Heather,” Roberts said.

“They took off all my clothes and then they wrapped me in blankets,” Evie said.

It was then that Roberts began to understand what had happened.

According to the California Highway Patrol, the plane took off from Montgomery Field and was heading towards La Jolla when it started having mechanical problems.

He cut four cars when he landed on the freeway.

The pilot and passenger were not injured, but several people in vehicles struck by the aircraft sustained minor injuries.

Traffic on 5 was blocked for hours until the plane was finally towed to Montgomery Field.

Evie is back home with her grandmother, mother, father and brother, who surprised her with flowers after a long and stressful day.

Fortinet brings together the best players in the world and

Why Jim Bob Duggar can prevent Josh from going to trial