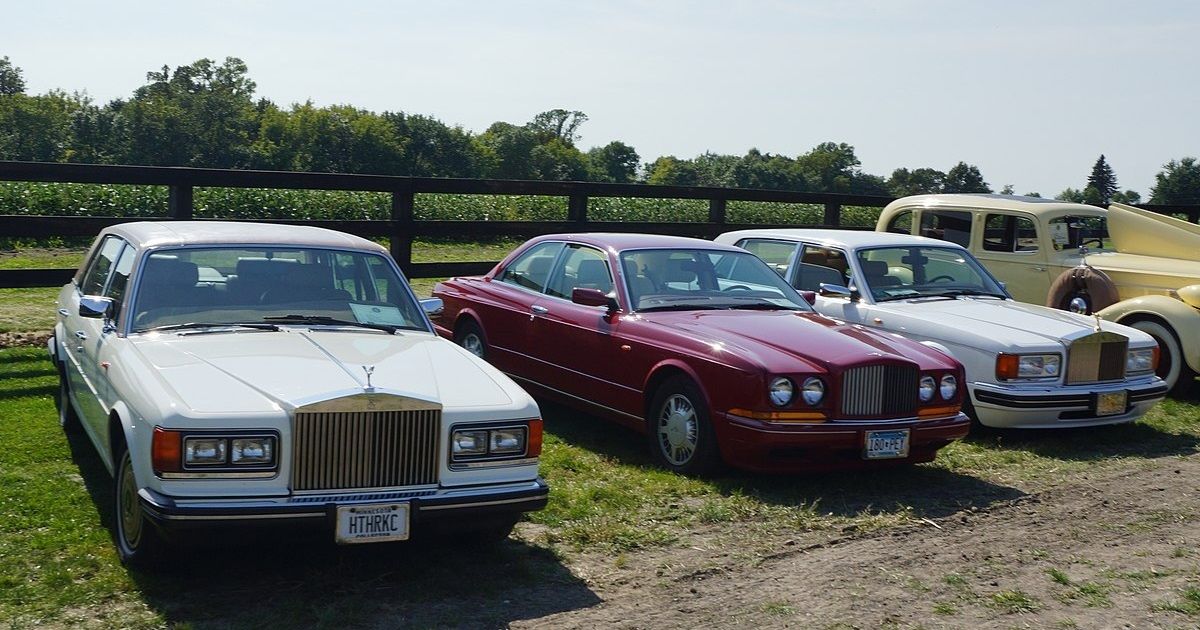 Bentley has long been associated with premium mobility, offering a sportier alternative to Rolls-Royce. Volkswagen now owns the brand. Since 1998, this property has helped update the product line by sharing certain platforms, powertrains and parts with the parent company.

The Flying Spur and Mulsanne sedans, the Continental Coupe and the Bentayga SUV are among the available models. All of these cars are big and strong, designed to pamper their owners and make a statement.

Rolls Royce, on the other hand, has its own way of appealing to customers. In 1998, BMW established Rolls-Royce Motor Cars Limited as a wholly owned subsidiary after licensing the Rolls-Royce brand name and badge from Rolls-Royce Holdings plc as well as purchasing the trademarks Spirit of Ecstasy and Rolls-Royce grille form from Volkswagen AG. .

Rather than offering sportier vehicles, Rolls Royce prides itself on offering some of the most luxurious and opulent vehicles. Their vehicles are amazing to drive and drive too unlike Bentleys as many would agree.

Bentley has cars that all look great and run exceptionally well, but we would say their top 3 cars are the Bentley Bentayga, the Continental GT V8 and the Continental T & Cs.

The Bentayga is Bentley’s flagship SUV, a big beastly car available with the W12 engine and the V8 engine as well. The Bentayga is similar in size to the BMW X5 and Audi Q7. A lavish interior with go-anywhere capabilities makes this car one of Bentley’s most sought-after vehicles.

Its wide range of capabilities doesn’t seem to be affected by tradeoffs, earning it five stars. It is not only the best Continental to date and a wonderful entry point into the lineup, but it is also one of the best modern Bentleys.

Price is unlikely to be a major consideration for potential Bentley buyers. However, the introduction of the Continental GT V8 in the UK comes with a price reduction of Â£ 10,000 compared to the flagship W12 variant. It’s not cheap, at Â£ 151,800, but it’s the best way to get into the Continental range.

The third car that we think is Bentley’s most popular car is the Continental GTC. This car encompasses all the options of the GT V8 but is also available with a W12 engine. It also comes standard with a convertible top. An extremely desirable option which is amazing in the summer.

The best of Rolls-Royce

In addition to Bentley, Rolls Royce is also proud of its luxury vehicles. They focus more on luxury than performance, as mentioned above, and their clientele is a living representation of that. Rolls Royce owners are very wealthy and tend to be driven in the car rather than driving it. We would say their top 3 cars are the Ghost, the Cullinan, and the Dawn.

The ghost of the Rolls Royce

The Ghost embodies modern luxury with a compact and efficient engine and hull. The Ghost reproduces the larger Rolls Royce Phantom – but omits the bulky, â€œboatâ€ feeling that a ghost has. Available only with a V12 engine, the Phantom comfortably accommodates 5 adult adults with ample luggage space. A decent Ghost would cost over Â£ 110,000.

The Cullinan. A massive SUV that rivals the Bentley Bentayga, it exudes luxury and a lavish interior. The Cullinan is as cheeky as it gets, a hefty Â£ 200,000 price tag ensures your wealth is demonstrated in the loudest and most elegant way possible!

The dawn of the Rolls Royce

This is our favorite. The Dawn represents freedom and class. It retains that luxurious and rich personality that the Ghost and Cullinan have, but has its own unique twist, however. Yes, it is a V12 convertible. Competing with the Bentley Continental GTC, the Dawn alongside its brother the Wraith, is truly in a world of its own.

We hope you enjoyed this article, feel free to check out other articles written by this writer. For similar articles, check out the tags below.

The US government sells surplus military trucks that you should totally buy.

This author is an automotive enthusiast who enjoys keeping up to date with engineering, technology, autonomous driving and more. This author is the original curator and creator of the â€œClash of the Carsâ€ automotive article series. This writer is interested in JDM, German muscle cars and exotic and rare supercars. Previously trained by the University of Cambridge in Linguistics and DR, he uses his free time to write about automobiles, their history and what exactly the future may hold for us, while studying at the university.