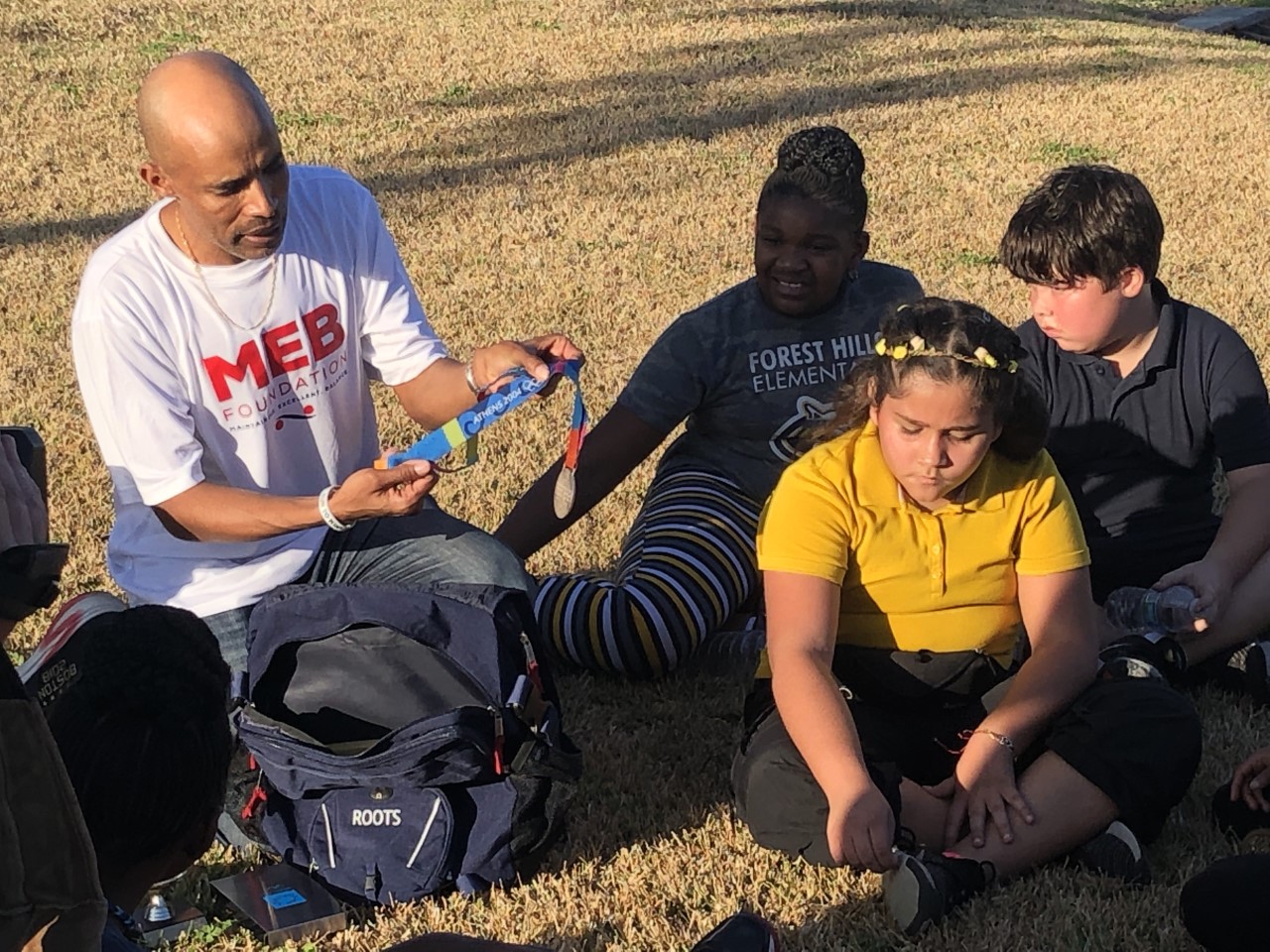 He and his charity Meb Foundation are partnering with the Pepperjack Kids running program this year.

Nearly 250 other students in grades 4 through 8 participate in this program, which is a partnership between Tampa Parks and Recreation and the Publix Gasparilla Distance Classic. The afterschool program focuses on downtown and economically disadvantaged neighborhoods in Tampa. The children do exercises and discover the sport of running.

“It gives them the opportunity to set goals and achieve those goals. It gives them a little challenge,” explained Regina McBride Smith of Tampa Parks and Recreation. “Kids don’t go out as much as they used to, so this is one of those opportunities to get out and play, and they work together,” she continued.
The children meet several times a week to work on their distance and speed.

On Sunday, February 27, they will line up on the sidewalk on Bayshore Boulevard to cheer on participants as they complete the half marathon. Then Allen and many of his friends will start running too. They will sprint the last two miles of the course and cross the finish line.

McBride Smith is able to track children’s progress from their initial pre-test where many can only run around 100 yards, with most able to run the full two miles to the finish line .

By meeting an Olympic medalist and hearing their story, children have even more inspiration to reach the finish line.

Keflezighi is the only person in the world to have won the Boston Marathon, the New York Marathon and an Olympic Games medal. He’s retired from racing now, and he and his family live in Tampa. He is passionate about introducing young people because he vividly remembers discovering his love of running in grade 7 physical education class.

“My trainer and my PE teacher told me that if you run hard for that mile, you’ll get an A or a B,” Keflezighi recalled. He wanted that A, so he ran as hard as he could and completed the mile in 5 minutes and 20 seconds. His trainer was blown away.

“He says, you’re going to the Olympics, and I had no idea what the word Olympics meant because I grew up without electricity or running water, and I didn’t see TV until the age of 10,” Keflezighi said.

He and his family came to the United States from Eritrea in Africa. He became an American citizen and eventually competed in the Olympic Games in Athens, Greece to win the silver medal.

As the children passed around this medal, along with those from Boston and New York, he explained how long a marathon takes and what it is like to run one.

He ended by saying, “Dream big and have fun.”

If you want your children to be part of the Pepperjack Kids Race Program, you will need to register for next year’s cycle.

Carjacking suspects steal a car, then crash into two parked cars while driving away