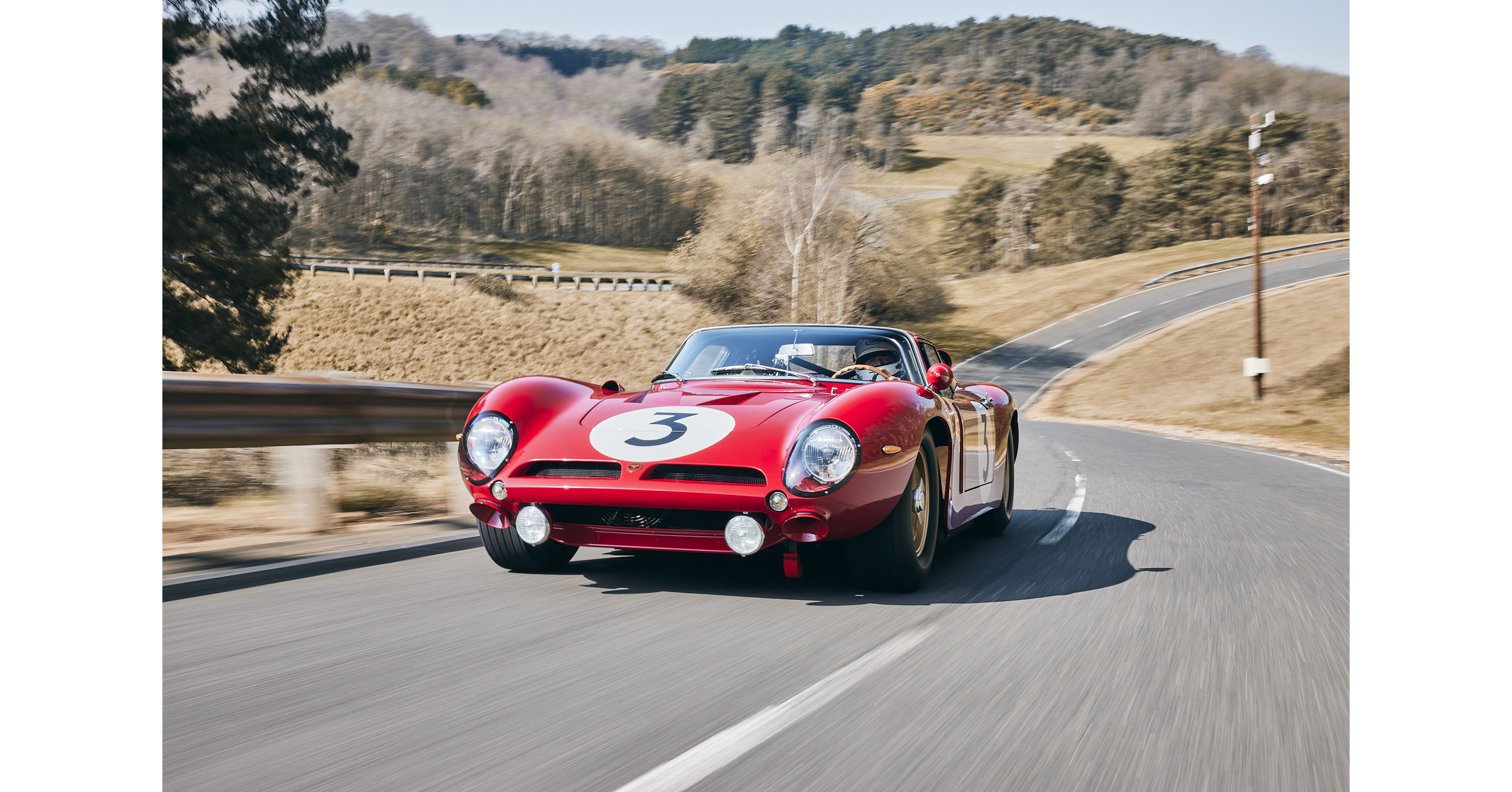 DUBAIWATER, August 11, 2022 /PRNewswire/ — Pegasus Automotive Group is thrilled to announce the return of one of the most iconic names in the automotive world. Bizzarrini, named after Giotto Bizzarrini, the brilliant automotive engineer behind the famed Italian company, was discontinued in 1969, leaving a void barely filled by any other sports car manufacturer. Giotto Bizzarrini, the brilliant automotive engineer behind the Italian sports car company and its iconic masterpiece. But it’s back with the rebirth of one of the world’s most coveted racing cars: the stunning 5300 GT Corsa.

After almost five decades, Bizzarrini brings back the iconic sports car with the 5300 GT Corsa Revival, a modern sports car following the original plans. Before diving into the smallest details of the authentic recreation of Giotto Bizzarrini’s first car, let’s first take a trip back in time to the 1960s and discover the fascinating history of the company and its founder who designed the fabulous GT 5300 Corsa.

Giotto Bizzarrini began his career in the automotive industry in 1953 at Alfa Romeo. He trained as a test driver and engineer at Alfa Romeo before joining Ferrari in 1957. Giotto’s most notable achievement at Ferrari was the design of the 250 GTO and SWB 250 sports cars. been sacked by Enzo Ferrari in 1961, along with other key engineers, at an event known as the Palace Revolt. Ferrucio Lamborghini, Enzo’s rival, took the opportunity and commissioned Giotto to design Lamborghini’s first V12 engine. This twelve-cylinder mill was first used in the 1963 350 GT and then in the 2010 Murcielago.

Seizing every opportunity to soar and succeed, Giotto Bizzarrini joins forces with the Italian industrialist Renzo Rivolta develop sports cars for the latter’s Iso brand. From this collaboration was born the Iso Grifo A3/C, a radical evolution of the Iso Grifo A3/L road car also designed by Bizzarrini. While Iso’s goal was to produce the road-going A3/L, Giotto concentrated on developing the A3/C. Later that year, the collaborative working relationship between the two Italian industrialists fell apart and they went their separate ways.

On the strength of his past successes, Giotto finally founded his own eponymous brand. Initially, the talented Italian engineer designed variants of the Grifo A3/L and A3/C models, named 5300 GT Strada and 5300 GT Corsa respectively. Between 1964 and 1968, Bizzarrini launched a series of sparkling sports cars, including the open-cockpit P538 sports prototype and the 1900 GT Europa. Bizzarrini has a rich history in motorsport. The legendary 5300 GT Corsa won its class and came first in the 1965 24 Hours of Le Mans, beating Ferrari in the race. However, and despite this proud history, Bizzarrini closed its doors in 1969.

Did 1969 mark the end of the Italian brand? Definitely not! In 2018, the Kuwaiti company Pegasus Brands acquired the trademarks and intellectual property rights of the Bizzarrini brand. As an international dealership group representing iconic brands such as Aston Martin, Koenigsegg and Rolls-Royce Motor Cars, Pegasus operates in London, Geneva, Kuwait, Abu Dhabi, dubai, UNITED STATESand the Far East.

With a successful track record in the premium automotive industry, Pegasus also holds a stake in Aston Martin Works and owns Sports Classics, a global classic car business offering the best classic car services including purchase, maintenance , catering and advice. discerning classic car buyers around the world. Above all, Pegasus operates its Pegasus Prestige Service Center based in the United Arab Emirates, which deals with high-end luxury vehicles.

For the 5300 GT Corsa Revival, 24 examples of the homage to the original 5300 GT will be handcrafted at Bizzarrini’s dedicated factory in the UK. The first prototype of the Bizzarrini 5300 GT Corsa Revival has already taken to the roads for the final endurance tests before manufacturing and delivering the first customer cars.

As the exclusive and official distributor of the Bizzarrini brand, Pegasus Automotive Group launches this exotic vehicle in the Middle East and around the world. In July 2022the first batch of the new 5300 GT Corsa Revival has arrived at customers.

Using original blueprints from the 1960s masterpiece, the engineers involved in the new Bizzarrini have added some improvements keeping modern safety regulations in mind. For example, the original car’s fuel tanks were located deep in the sills, as well as behind the driver. Now the fuel tank created using 3D scanning technology fills the gap in the chassis. As a result, fuel capacity has increased to 95 litres, providing one hour and eight minutes of full speed operation, maintaining range in multi-round racing demands.

Road tests of the Bizzarrini 5300 GT Corsa Revival revealed that the new exotic car is stiffer than Giotto Bizzarrini’s original car, with a lightweight one-piece composite body built on a steel frame. With only 1250 kg, the modern Bizzarrini has an excellent power-to-weight ratio.

For the Rosso Corsa red paint job, the Bizzarrini team found an original body panel hidden from light for all these years and color matched it to achieve the Rosso Corsa shade that will be applied to all new models. Revive.

dr. Said DanaPresident and CEO of Pegasus Automotive Group – Retail, said: “The global luxury car market was valued at approximately $410 billion in 2020 and is expected to reach $566 billion in 2026.”

How much do missing student loan payments hurt your credit score?

USA will face Argentina at Newport Polo on Saturday