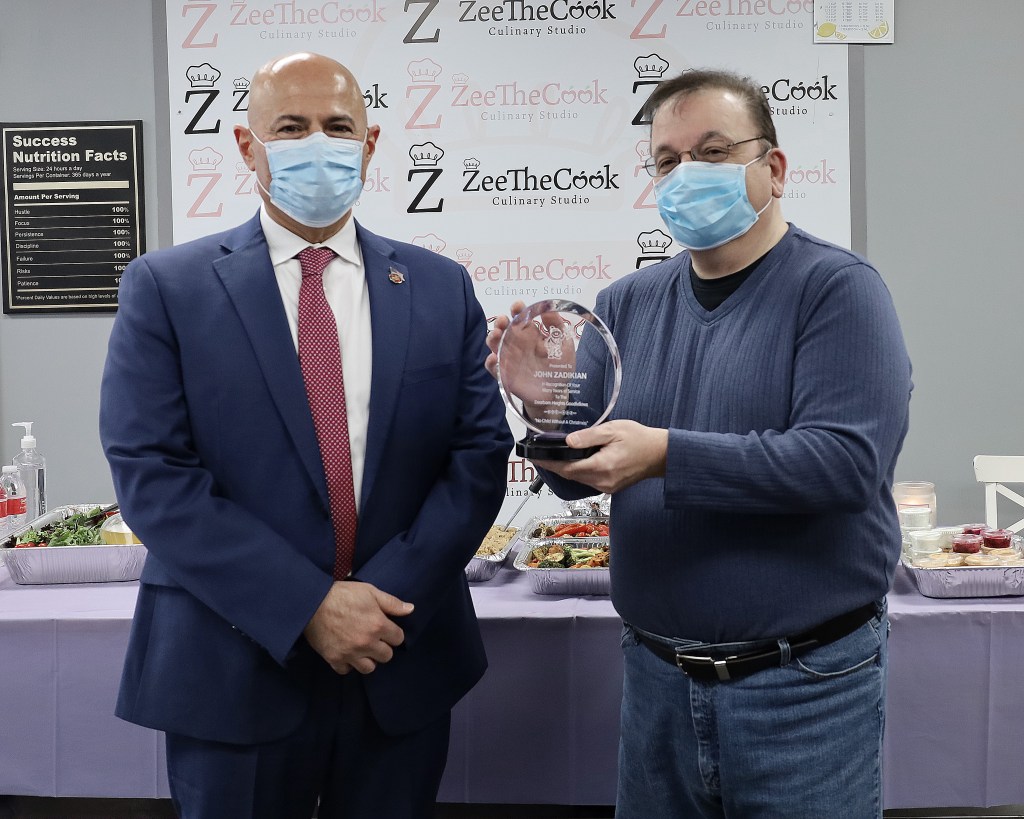 Dearborn Heights Mayor Bill Bazzi wants to honor those who have spent years giving back to the local community.

When he started listing these people, one man rose to the top of the list. Last week, Bazzi honored one of those volunteers with a special award honoring many years of community service.

Zadikian became active with the Goodfellows in 1988 – and has served continuously on its board since 1990. In addition to his position on the board, he has fulfilled several other roles on behalf of the organization over the course of its mandate – including that of the group. long-time treasurer, production coordinator and salesman for his annual newspaper (his main fundraiser) – and a host of other duties necessary to keep the organization running smoothly.

“Over the past 15 years or so,” Zadikian said, “we’ve seen a lot of the ‘old guard’ of volunteers slowly disappear, which was starting to leave a void in the support mechanism of the organization.”

In addition to the Goodfellows and the Rotary Club, Zadikian donates extensive time to several other organizations, local schools, and many other charities in Dearborn and Dearborn Heights.

“Dearborn Heights is definitely a better place thanks to community-minded volunteers like John,” Bazzi said. “Whatever the need, John steps in and helps. We are indebted to him for the many things he does and for the many people whose needs are served through his volunteerism.

In addition to his role as a prominent volunteer, Zadikian runs a multimedia business and works part-time as the city’s social media coordinator.

Zadikian is always quick to express his gratitude to his community who so actively support his charities.

“The city has always been great for us,” he said. “We are truly blessed as an organization with the support we receive from our community throughout the year. Lots of people step in and spend a lot of time to help fulfill the different roles.

He said that without the other volunteers, the Goodfellows “simply couldn’t achieve all that the group does”.

Asked about his most memorable experience in his nearly 35 years of involvement, he insisted there were many – but one in particular was in 2001.

“Shortly after the 9/11 disaster, our firefighters launched a ‘fill the boot’ fundraising campaign to support their NYFD brothers and sisters. It was a successful campaign, and as wonderful as the gesture of supporting New York’s firefighters was, I remained concerned that the community was unwilling to actively support another fundraiser – the annual Goodfellows newspaper sale – for a few weeks later. ,” he said.

His worries proved unfounded, however, as the sale of the Goodfellows’ newspaper raised over $40,000 that year – the highest total ever raised by the group in a single campaign.

“Seeing how our community – our residents and our businesses – got this kind of support when I feared the ‘chips were down’ was easily one of the most memorable experiences of my Goodfellows career,” said said Zadikian. “That one really warmed my heart, and the memory will stay with me forever. We really have a great community here.

US News announces the best cars for the money 2022