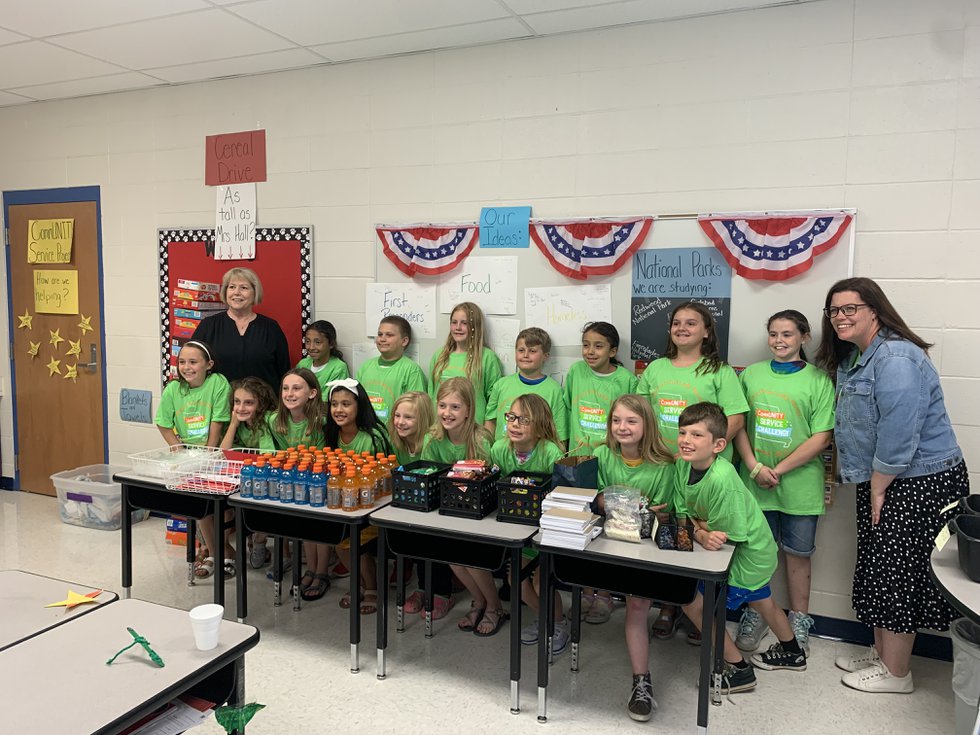 The Ozark Student Group donates cereal to the Least of These Foods Food Pantry in Christian County. It was exciting for the kids, but the pantry also said it was a huge help. Donations are down right now, but Least of These says the need keeps growing.

The Pantry says May was a banner month. It served more than 1,000 families, up 21% from May last year.

The group of fourth graders from Ozark wanted to step in and help.

“The first lady is challenging Missouri students this summer to complete community service projects for their city,” said Rachel Hall, a teacher at the Ozark Summer School.

Hall said the students were immediately eager to help their community.

“When I kind of brought it up with the kids, they started with all these amazing ideas,” she described. “We have many projects underway to serve our community.”

“I love being able to give back to the community because my dad is a police officer, so I can follow in his footsteps,” Wilkerson said.

The back wall of the classroom is filled with the student’s ideas. They have several, including grain collection for the least of these.

“We’re collecting boxes of cereal and we’re going to donate them to Least of These so they can have more food for people who don’t have enough,” Wilkerson said.

No donation is too small on at least of these.

“Food donations have dropped significantly,” said Kristy Carter, executive director of Least of These. “And the amount of food we have to buy right now is on the rise. It skyrocketed. »

Now that school is over, she said the needs keep growing.

“July will definitely be a higher month for us because these families have no other way to feed their children,” she described. “And it’s too expensive for them to provide breakfast, lunch and dinner for these kids who are at home.”

Carter shared a memorable story with Parson during his stop at the pantry, the story of a young child in Christian County struggling to get food.

She said it’s touching that children, like Ms Hall’s fourth-grade students, are giving back.

“It’s so important to teach this at an early age,” Carter said. “Being able to partner with the school and allow them to collect grain, which is one of those items that we are struggling to get due to shortages, that makes a difference, and it will make a huge difference in the families we serve.”

The class will also receive special treatment once they complete their goal.

“We have a challenge,” Hall said. “I told the kids they could eat in the classroom for lunch if they had cereal as big as Mrs. Hall.”

The class also received an award for their efforts during the First Lady’s visit. The students received t-shirts and several boxes of cereal to add to their donations.

This is just one of their many projects, which is a fun time and a big help.

“Not only does this teach kids about the needs of our community, but it also helps them understand what it’s like to give back,” Carter said.

The class says they are two spaces away from achieving their goal. They also made gift bags for first responders on Monday. The pantry also says it is seeing an increase in the number of elderly people needing help these days.

To report a correction or typo, please email [email protected]