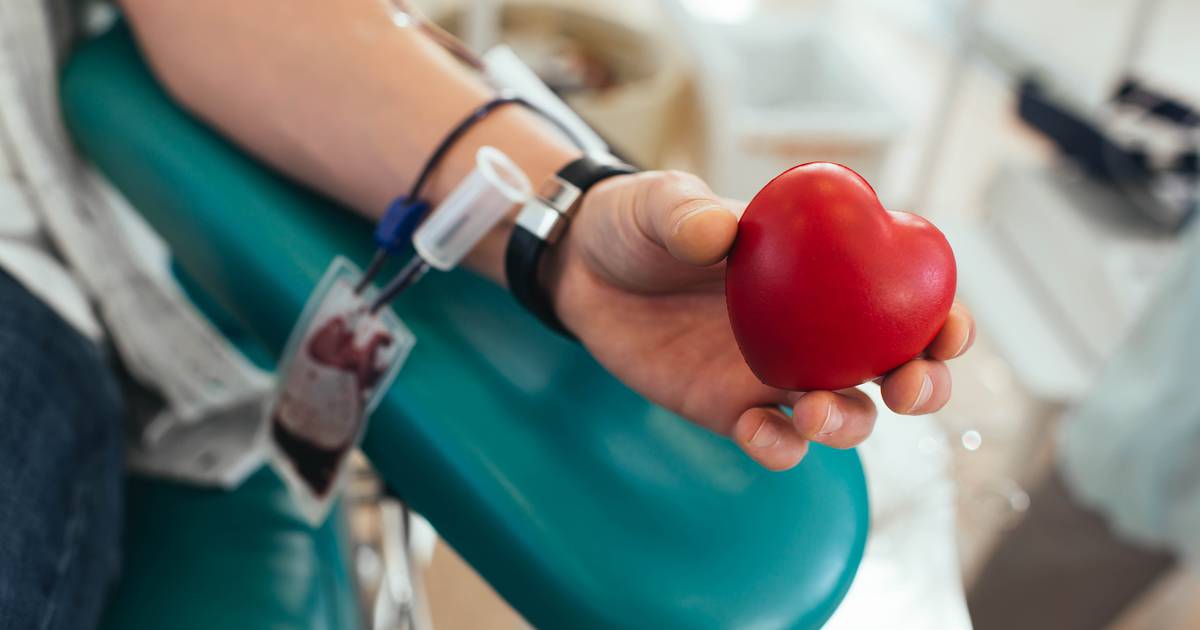 Before the pandemic, whenever blood donations dwindled, school blood drives served as a regular supply to the New York Blood Center, making up about a quarter of the center’s supply and helping to cultivate a lifelong habit of donating blood among participating teenagers.

But that source dried up during the pandemic as schools closed and transitioned to remote learning, and COVID-19 restrictions limited in-person gatherings at schools. The Blood Center has gone from hosting 61 city high school drives between January and March 2019, which generated more than 3,000 blood donations, to just three school drives for a total of 182 donations over the course of the same period last year, according to the organization.

The shortage of blood in the bank has had critical short-term consequences for hospitals and healthcare providers who rely on donations for a range of medical procedures, and the demand for blood is even higher today than in the past. beginning of the pandemic, according to Andrea Cefarelli, the executive director of the Blood Center.

The slowing of school campaigns could also have a long-term effect on the blood supply, with fewer teenagers being able to form the habit of donating blood while they are young, according to staff members of the Blood Center.

Now, as COVID-19 restrictions loosen at schools across the city, Blood Center teens, educators and staff are scrambling to bring school blood drives back to pre-pandemic levels — working diligently in behind the scenes to organize events, mobilizing students and teachers to participate, and trying to spread the word to still wary children and adults.

“We felt compelled to do this,” said Pat Fasano, director of the nursing program at Curtis High School in Staten Island, who, alongside her teenage students preparing to become nurses, held three blood drives. so far this school year.

“Nurses come in when no one else does,” she added. “We thought it would trigger a domino effect with other schools opening as well.”

Cefarelli said the number of school blood drives has started to rebound, but remains well below pre-pandemic levels, with 26 high schools in the city holding drives between January and March this year for a total. of 1,212 donations.

But students and staff said there are still formidable obstacles.

At the start of this school year — the first with full-time in-person learning in the city’s public schools since the pandemic began — many teachers and children were still wary of a COVID-19 risk, or simply concerned about more immediate risks. concerns, Cefarelli said.

Restrictive visitor rules at some schools have also made it difficult for the Blood Center to enter and host drives, which must take place indoors under federal Food and Drug Administration guidelines. Some of the staff who led readers before the pandemic left their schools between March 2020 and September 2021, Cefarelli added, forcing the Blood Center to rebuild relationships with new educators.

“Blood drives were just an extra extracurricular activity that they couldn’t commit to in the midst of their relationships with everyone,” Cefarelli said.

Just as the Blood Center was beginning to regain momentum with schools, the winter push of omicron hit, keeping kids home in droves and scuttling plans once again.

At Curtis High School, however, students in the nursing program were determined to get their blood drive started, despite the challenges. Marco Kua and Arlinda Lajci, 18, have taken it upon themselves to organise, fanning out across the school of 2,400 pupils to encourage pupils – who must be 16 or older to participate – and staff to give blood.

Get updates on the coronavirus pandemic and other news as they happen with our free email alerts.

They posted flyers, made announcements over the PA system and answered questions from students – most of whom had never donated blood before.

“It was difficult trying to involve the students,” recalls Marco. “They fear getting sick.”

Arlinda added that some students had told her “they were afraid of the needles of all the vaccines”.

But the teens have persisted, launching three blood drives so far this school year, and they’ve seen attendance rise steadily from the first event in October to the most recent earlier this month.

The student organizers overcame some of the challenges that come with any blood drive: children refused because their blood didn’t meet the bank’s specifications and several donors passed out. But with the help of medical personnel on site, the events went smoothly, the teenagers said.

And despite all the obstacles the pandemic has thrown at them, the teens said the experience has only strengthened their beliefs about the importance of blood donation – and their commitment to working in health care.

“Seeing how nurses work and operate during the pandemic, they are always the first in line,” Marco said, “and I want to be part of that.”