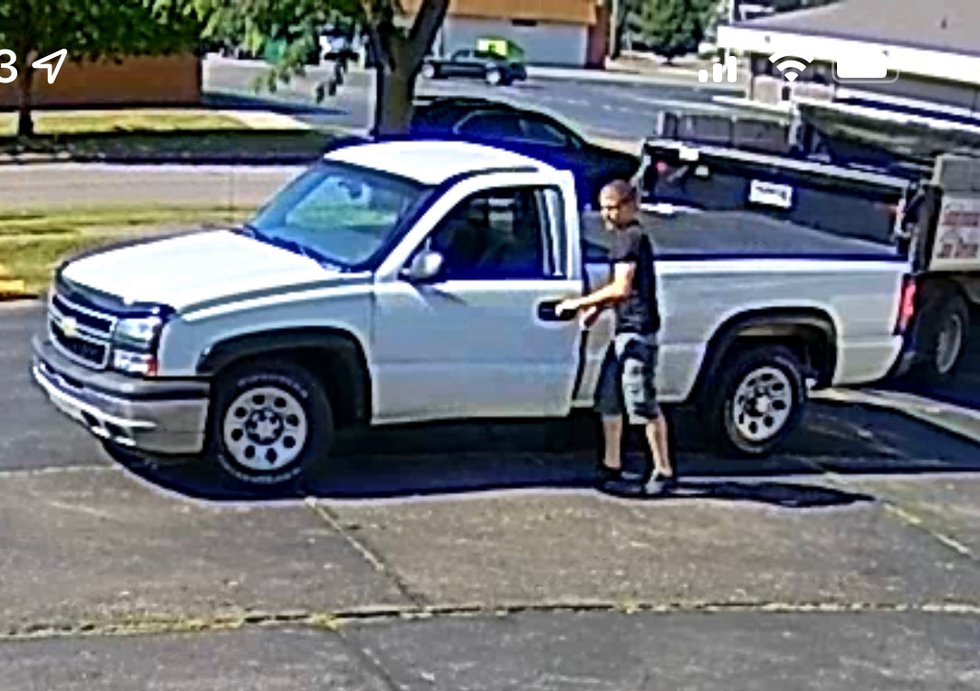 SAGINAW, Mich. (WNEM) – A Ring bell wasn’t enough to deter a man from taking something that wasn’t his.

Saginaw Area Fireworks Manager Dona Czapp could only watch as the man got into their donation truck, stealing bags of cans and bottles meant to help fund the fireworks annual.

Czapp said the man stole the truck, located at the intersection of Davenport Avenue and Warwick Street, four times over the weekend.

“Why would you want to fly the Saginaw area fireworks when people are working so hard to raise funds to provide a free service to everyone in the community,” Czapp said.

Saginaw Area Fireworks President Thomas Roy believes the man got away with about $1,000 in returns.

“That’s at least a shell or two that he basically took out of our fireworks,” Roy said. “Which doesn’t sound like a lot, but putting in that manpower and effort, and doing it, is a lot.”

Roy said he called the Saginaw Police Department. The man is believed to be driving a white Silverado single-cab pickup truck with a black tonneau cover and black bug guard up front.

It also says Silverado in black on the tailgate. The vehicle has aluminum wheels with embossed white letter tires.

Roy said nothing like this had ever happened before.

Czapp wants this to be the last time.

“I hope he gets caught and I hope he’s held accountable, and I would like to sentence him to sort out these cans and bottles so he can be part of what makes it all happen instead of what makes everything negative,” Czapp said.

Donations can still be dropped off at the Davenport Avenue and Warwick Street location until the end of July when the Saginaw Area Fireworks will pause collection until 2023 .

How to Apply for a Parent PLUS Loan