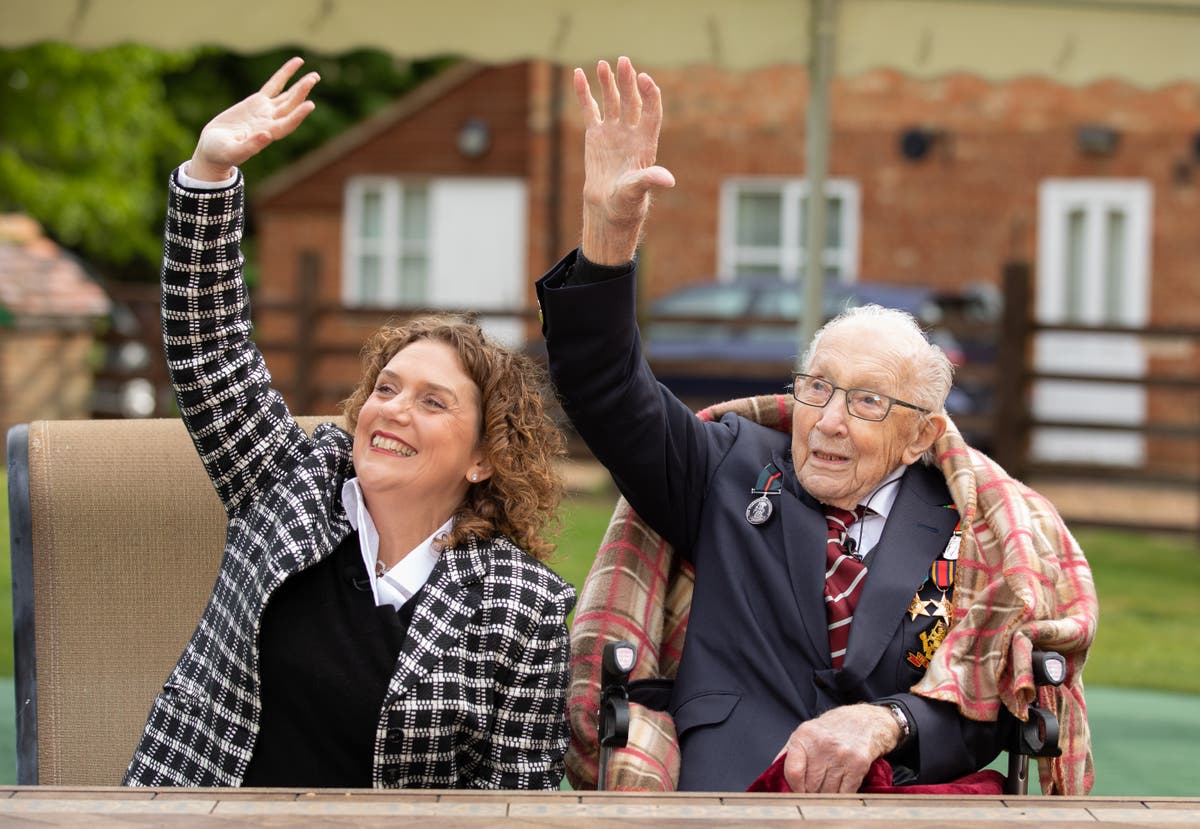 The NHS charity group for which Captain Sir Tom Moore raised nearly £39million has raised concerns with watchdogs over the improper use of data by a foundation set up in its name, The Independent has learned.

NHS Charities Together contacted the Charity Commission and the Information Commissioner’s Office (ICO) last year to highlight the ‘potential misuse of data’ of the JustGiving page set up for the collection effort fund of the former army officer.

It is understood the Captain Tom Foundation – which was incorporated in May 2020 to donate to causes ‘close to Captain Tom’s heart’ after the fundraiser ended – contacted people using the email addresses which they provided when donating to NHS Charities Together via the Captain Tom JustGiving page.

It’s unclear how many people were contacted, but just over 250,000 donors provided email addresses through the JustGiving website.

It is understood the concerns reported by NHS Charities Together – an association of more than 230 charities – were part of the Charity Commission’s regulatory compliance case, which was opened in March last year.

It comes after accounts published last month showed the foundation had donated tens of thousands of pounds to businesses run by the late veteran’s daughter, Hannah Ingram-Moore, and son-in-law, Colin. The accounts described the transactions as refunds.

The Independent also reported how he was told that part of the watchdog’s compliance case concerned a request by the foundation to appoint Ms Ingram-Moore as CEO with a salary of around £150,000, which equals about one-tenth of his first-year income. It is understood the Charity Commission blocked the nomination last summer. The foundation said Ms Ingram-Moore “made the decision that the CEO role was not something she wanted to pursue”, despite being appointed on an interim basis.

Meanwhile, a fundraising event titled ‘Captain Tom Day’, which was due to be held in June, has been postponed following revelations about the foundation’s finances, The Independent has been said.

According to the Information Commissioner’s Office website, “e-mail marketing” cannot be sent to individuals unless they have expressly consented to it or are an existing customer.

NHS Charities Together told The Independent that he was “alert to the potential misuse of data from a closed third-party fundraising page”. The association added: “It was our responsibility to notify the relevant regulators to take the necessary action.”

People who had donated to NHS Charities Together through the JustGiving page alerted the charity to the potentially inappropriate use of data, he said. He confirmed that the people who alerted him received emails from the Captain Tom Foundation.

The Captain Tom Foundation was set up in May 2020 after the former army officer – who died in February last year – raised nearly £39million, including gifts, for NHS Charities Together in walking around his garden.

The Captain Tom JustGiving page was created in April 2020, with Maytrix Group, the company run by Hannah and Colin Ingram-Moore, the owner of the page. The page’s owner changed to Gemma Huddleston in late June 2020, according to a JustGiving spokesperson. Huddleston describes herself as a “marketing and brand communications professional” on her LinkedIn profile, which indicates that she worked as an “independent consultant” for the Captain Tom Foundation from April 2020 to May 2021.

A JustGiving spokesperson said donors could choose to receive emails, meaning the page owner had access to the email addresses of those who signed up. They said the page owner is the data controller and responsible for complying with the GDPR.

More than 1.5 million donations to NHS Charities Together have been made through the Captain Tom JustGiving page, the spokesperson said, with just over 250,000 donors sharing their email addresses. It is understood that JustGiving advised Ms Huddleston in September 2020 to seek legal advice before sending any communications to donors. Ms Huddleston has been contacted for comment.

Ellie Orton, CEO of NHS Charities Together, said: ‘We are so grateful for Captain Sir Tom Moore’s incredible fundraiser. As part of our urgent Covid-19 appeal, his inspiring efforts helped us fund hundreds of projects supporting NHS staff, patients and volunteers across the UK, before the separate Captain Tom Foundation was established. .

“Like all charities, we are required to follow strict guidelines regarding the use of supporter data. So when in April 2021 we were alerted to the potentially inappropriate use of data from a fan page. third-party fundraiser closed, it was our responsibility to notify regulators to take appropriate action.We can reassure supporters that this case did not involve any of the data we hold.

“Captain Tom and his family have achieved incredible things for the NHS and the impact of that achievement continues to be felt by the network of 238 NHS charities across the UK.”

In a statement, the Captain Tom Foundation said money raised on the JustGiving page went directly to NHS Charities Together, adding: ‘We have worked closely with the ICO during their investigation, who have been grateful of the cooperation of the directors and have closed their file. .”

A Charity Commission spokesperson said: “Our engagement with the Trustees of the Captain Tom Foundation on its establishment and governance arrangements continues. We cannot comment further at this time.

The ICO said: “We can confirm that we have received complaints regarding the Captain Tom Foundation. After meeting the charity, we provided advice on data protection and direct marketing rules, and decided that no further action was necessary. The file is closed. »

How an installment loan can affect your credit score