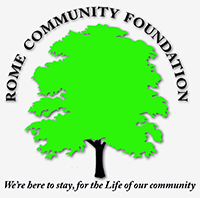 ROME — The Rome Community Foundation has awarded $133,052 in grants to Rome-area charities as part of its distributions for the fourth quarter of 2021.

In addition, the foundation announced that it had approved $3,525 in donor-advised funds and $1,400 from the Elizabeth McKinstry Fund, which makes designated distributions to three area nonprofits each year.

The funding was approved by the Rome Community Foundation’s board of trustees, based on recommendations from the foundation’s Stevens-Kingsley Fund advisors and grants committee, according to Victor J. Fariello, Jr., executive director. of the foundation.

The Rome Community Foundation board members meet four times a year to review grant proposals for projects that benefit residents of the Rome area.

The foundation has approximately $7 million in assets under professional management. Investment income is used to fund grants and has grown since the foundation was established in 1999.

The Rome Community Foundation has received bequests from trusts and estates of Rome-area residents and accepts contributions and memorial donations from individuals and corporations. Donors may request that their contributions be directed to a specific organization or for specific purposes such as educational, cultural, recreational or health-related. Donors can also request the creation of a donor-advised fund, through which the donor can recommend grants to tax-exempt organizations serving the Rome area.