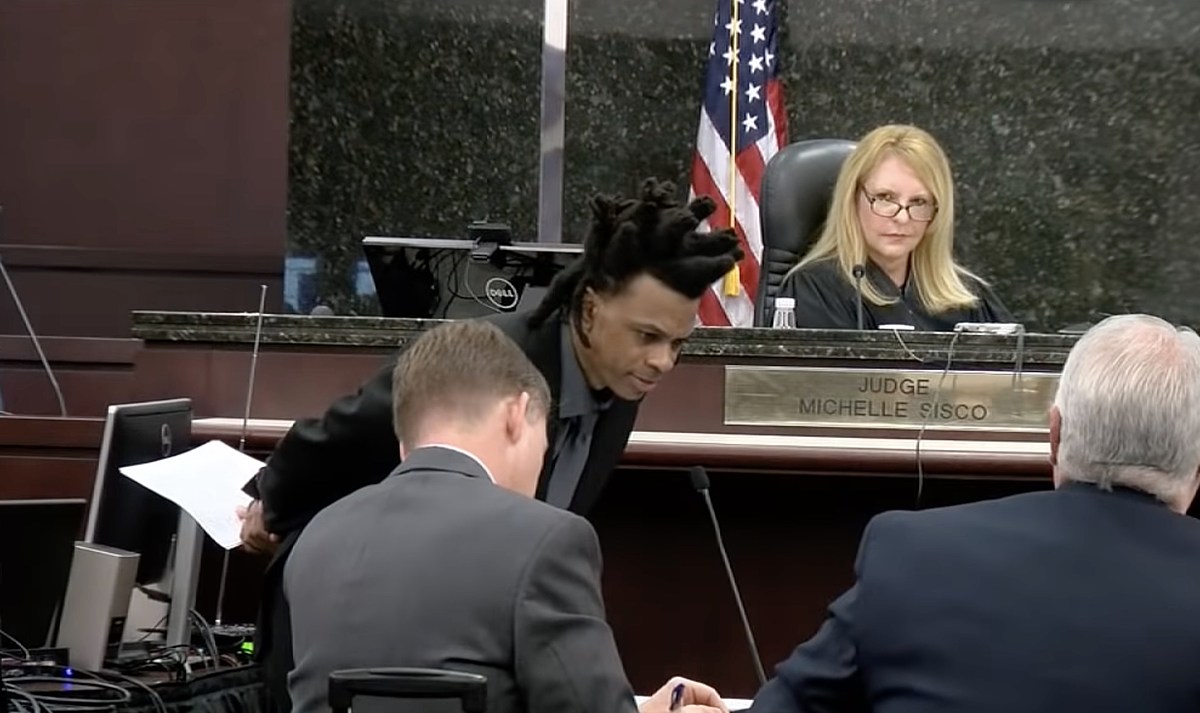 A man acting as his own lawyer cross-examined his own son, forcing him to describe the night he allegedly tried to kill him.

Ronnie O’Neal III went viral earlier this week after raising his voice in his opening statements to the jury in a case where he was accused of killing his daughter and girlfriend and attempting to kill his son and to have set fire to the house.

Since Mr O’Neal is representing himself, there was a moment in the courtroom where he cross-examined his own 11-year-old son who prosecutors say survived the attack. O’Neal despite his father’s attempt to kill him.

The boy was 8 years old at the time of the alleged attack, but was still able to easily remember the events of that evening, which made him difficult to listen to at times. He told prosecutors how his father set the house on fire with gasoline.

O’Neal remained adamant that investigators “fabricated evidence” and that his son was “trained on what to say”.

The evidence will show that I love my children. The evidence won’t show you that my son saw me beat his mother to death, nor did he see me shoot his mother. In fact, he didn’t witness much.

At one point, the exchange became tense when the father asked the boy direct questions about the events that unfolded that tragic night.

“How did I hurt you?” Oneal asked.

“You stabbed me,” his son replied.

Social media had immediate reactions to the video and story, with many saying it just wasn’t something the little boy should have endured.

The trial is continuing and could easily last until next week. O’neal could face the death penalty if convicted.

KEEP READING: Discover The Richest Person In Each State

Organ donation on the rise in Korea despite Covid-19

For Veterans, Operation Allies Welcome Was a New Kind of Mission | Opinions

To Team Rubicon Hoosiers: Thank you

Pamplin Media Group – Rescue of animals devastated by the pandemic