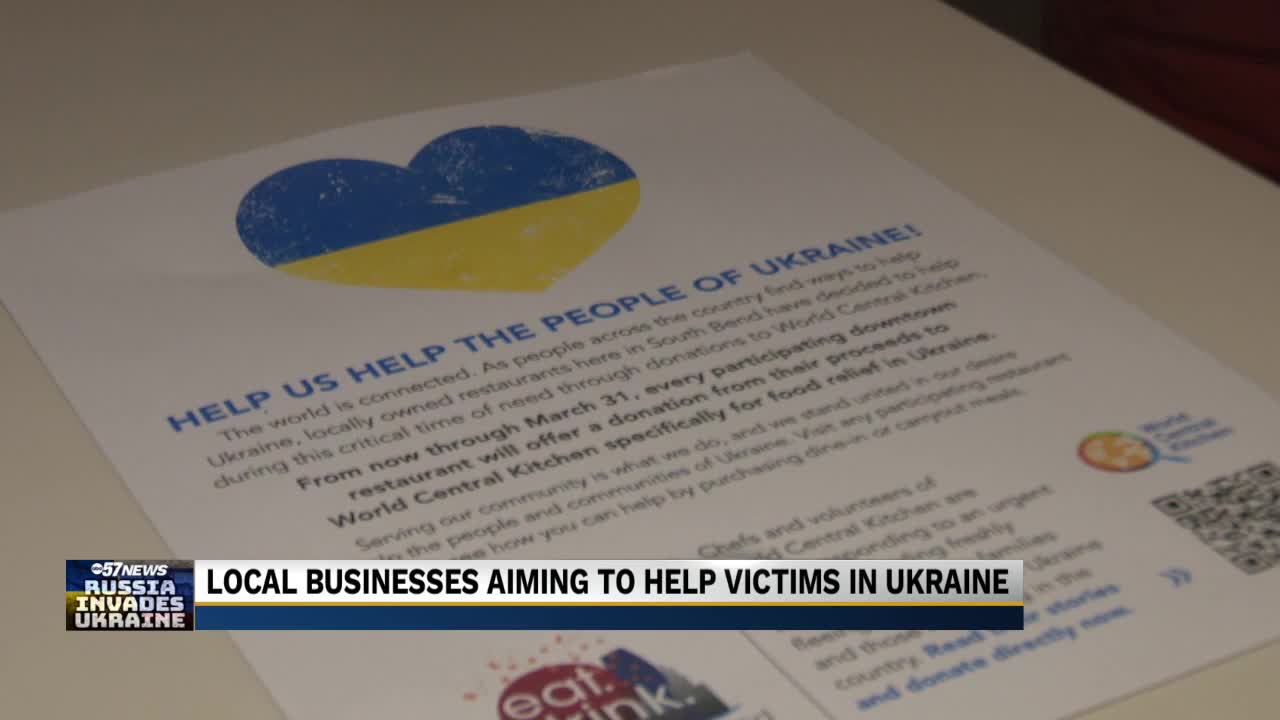 SOUTH BEND, Ind. — Several restaurants that contribute to the dining experience in downtown South Bend are showing their support for Ukrainians fleeing their homes, who are especially in need of meals. Participating restaurants have teamed up to collectively donate to the World Central Kitchen in Ukraine, a charity that provides hot meals to Ukrainians currently stranded at the border.

“I think this is just a great opportunity for restaurants to help out in a way that I think is very appropriate for our industry,” said Matt Soutra, vice president of Navarre Hospitality Group.

Eighteen restaurants in and around downtown South Bend are participating in the fundraiser; and it’s as simple as eating in, taking out or even having a meal delivered to one of these restaurants to donate to the cause. Some people behind the fundraiser say the World Central Kitchen was the most suitable option for a charity because it serves hot meals to those in need.

“Right now the key place is on the Polish-Ukrainian border, and they are feeding thousands of people a day. Simple food, but hot, hot meals for people who have nothing,” says Mark McDonnell, founder and president of the Downtown Dining Association of South Bend.

“For them to really be on the front line and in Poland right now, helping Ukrainians who are suffering from food shortages, it’s just a fantastic organization and I think it really represents the camaraderie between restaurants in downtown South Bend,” says Soutra.

Donating to charity for a cause isn’t a new concept for independent restaurants, and that’s why South Bend’s Downtown Dining Association was so quick to find a way to provide help.

“Restaurants, especially independent restaurants, are among the first to respond and be charitable to all businesses. We’re always asked to help local charities and so, we’re kind of in that mode all the time,” says McDonnell.

For the rest of the month, Café Navarre offers a special blue and yellow drink called “Lev”, the Ukrainian word for “love”, and 100% of the profits are donated to the World Central Kitchen. People are encouraged by these restaurants to come and dine downtown and support the cause.

“Get out, come to downtown South Bend throughout March and dine for a good cause,” says Soutra.

To see the full list of restaurants participating in the fundraiser, visit the Eat Drink Downtown South Bend website.