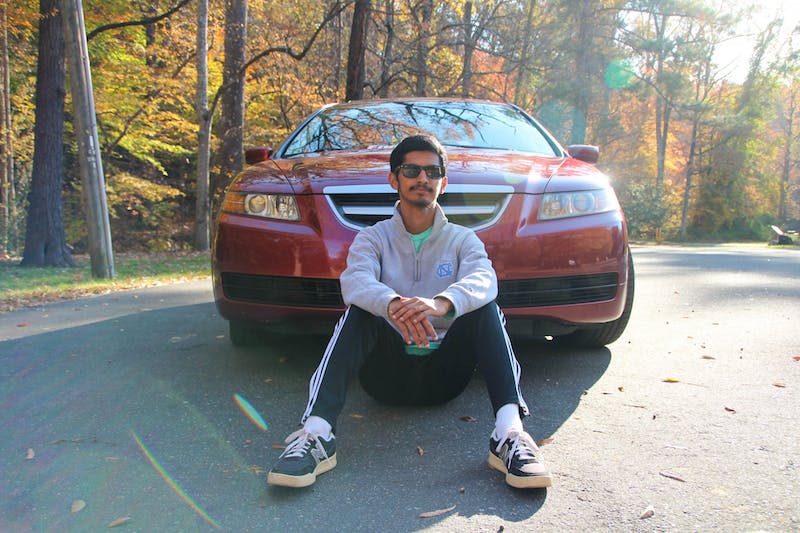 When the fall semester began, students may have been surprised to find two cars parked in The Pit.

The Honda Civic Type R and BMW M4 were introduced to promote Carolina Cars, a student organization for car enthusiasts on campus.

“I remember one of the Carolina Union executives saying he had never seen anything like it in 20 years of working there,” said Max NuÃ±ez, co-founder and senior of the club. “I think we had about 30 or 40 active members who joined in a few hours.”

NuÃ±ez, from Morrisville, said he enjoyed attending local car meetings in high school, but was disappointed to find that there was no car club at UNC in his freshman year. He decided to launch Carolina Cars to bring these encounters to UNC.

Car meetings are usually held at the top of the business school parking lot, where members are encouraged to bring their cars and browse other people’s vehicles, NuÃ±ez said. However, the meetings are also open to those who do not have their own car.

â€œThe majority of what we do at car meetings is just get together and talk,â€ NuÃ±ez said. “It’s really about trying to create a community of people who love cars, not necessarily who have cars.”

â€œThere are usually new people you can interact with and then we can all take a drive, which is one of my favorite things to get away from school business,â€ Shaw said. â€œIt’s a great way for car enthusiasts to get together with like-minded people and let off steam after school. “

The club hosts events during the semester, including cruises where club members drive around Chapel Hill and attend parties for professional F1 car races.

â€œWe like to organize events where we meet and discuss events happening in the world of motorsport,â€ said junior Sachith Iyengar, club president.

Club members also attend auto events outside of Chapel Hill, including monthly “Cars and Coffee” meetings, which draw auto enthusiasts from across the state.

Monica Rivell, the club’s social president, said she frequently attended “Cars and Coffee” before joining the club. She was happy to find a group of UNC students to attend the event with.

â€œI like having people to go here with – we usually go clubbing,â€ Rivell said. â€œThen we’ll have brunch and go back to UNC.â€

The club is also working on project cars in the hope of getting them back to working order. The club’s first project car was a 1998 Ford Mustang, which a club member donated last year, NuÃ±ez said..

NuÃ±ez said the club rented a storage unit in Cary to house the car and worked there during the winter break.

â€œWhat it allowed us to do was diagnose the problem together, and we wanted to fix this car and get it into some type of event,â€ Iyengar said.

In the end, the club were unable to fully get the vehicle back to working order and ultimately donated it to Kars4Kids, Iyengar noted. However, the club recently acquired another car – a 1973 Triumph Stag – which Iyengar hopes to compete in.

The club plans to connect with local motorsport organizations and sell merchandise to raise money to fix the car, Iyengar said. So far, the club have ordered new brakes and rotors for the car and plan to start work on them during the winter break.

To receive the news and headlines of the day in your inbox every morning, subscribe to our email newsletters.