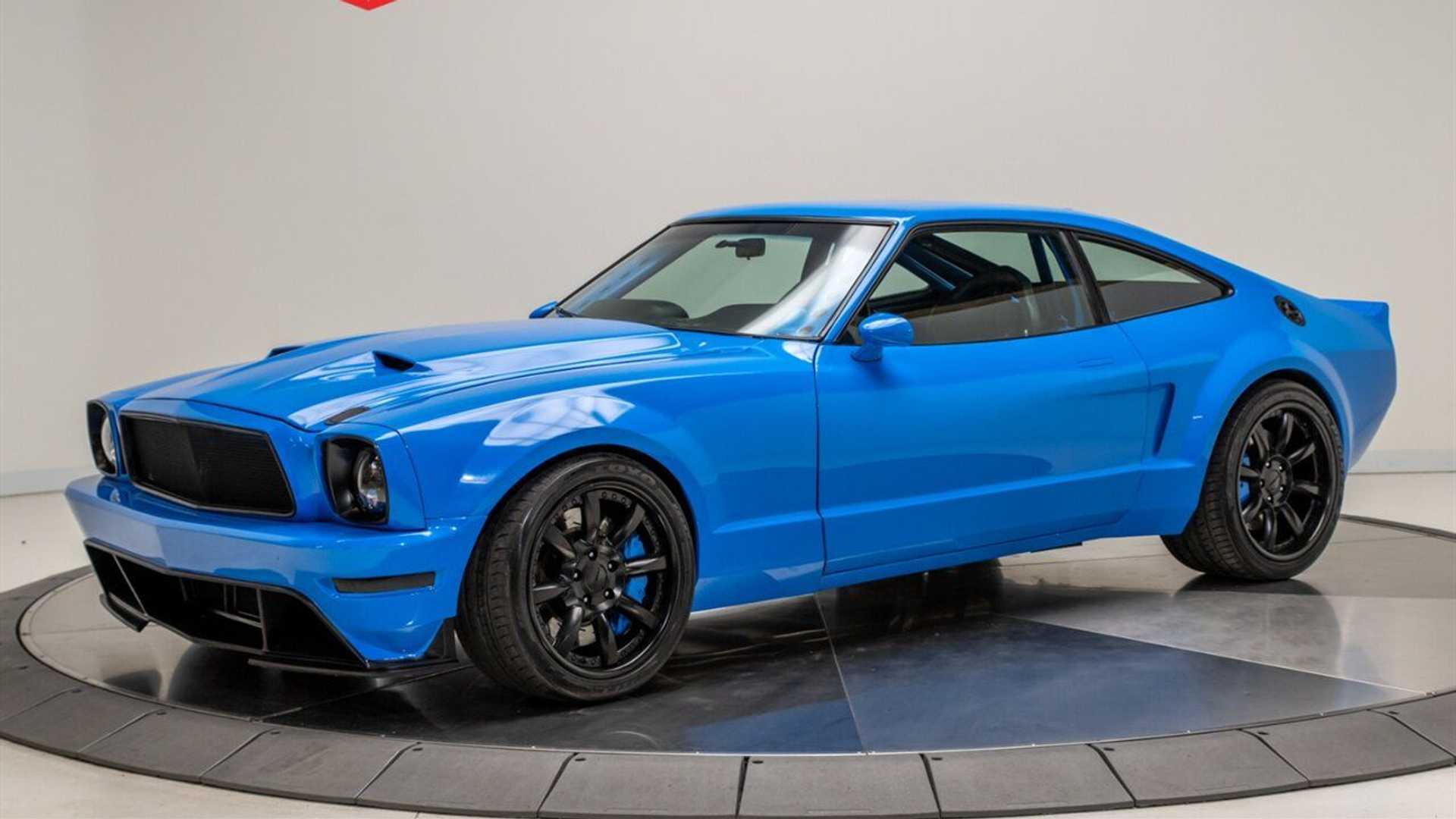 The automotive world in general loves to hate the 1974-1978 Ford Mustang II. At this point, it’s more fashionable than anything else, so we’re not going to rehash those familiar assertions or tired cliches. We’ll remind everyone, though, that the second-generation Mustang II is one of the best-selling generations of them all. Taken in context, it was exactly the car people wanted at the time. And that kept the Mustang alive until more power returned.

So when we see a beautiful Mustang II, it grabs our attention. That’s especially true when it comes to a wild restomod wearing a shade of Grabber Blue with a deliciously wicked stance. That’s exactly what we have here, currently offered for sale by Velocity Motorcars via duPont Register. But consider yourself warned. This might be the most expensive Mustang II ever.

Specifically, it’s a 1978 Ford Mustang II, but if we’re being honest, there’s not much left of 1978. It has a VIN tag, but underneath the custom bodywork is a tubular frame with a independent suspension and a wider track. It creates ample room for 325-series tires in the rear, with 275-series rubber up front. 18-inch wheels surround massive disc brakes on all four corners, and the car is said to have near 50/50 weight distribution.

Of course, the Mustang II never really had a handling problem. The compact Ford was surprisingly nimble, but it lacked power thanks to its emissions-choked V8. This particular example doesn’t suffer from that problem, as there’s a second-generation 5.0-liter Coyote V8 behind the iconic Mustang II face. It’s further modified with a Borla Eight Stack throttle body kit as well as a custom exhaust (obviously), and the engine hooks up to a Tremec six-speed manual transmission. A power rating is not mentioned, but it is safe to assume that the output is good beyond the 134 ponies that powered a V8-powered 1978 Mustang.

The bodywork is also custom, and looking inside you’ll find seating for just two people. The interior is no-frills except for a double din Alpine stereo that takes center stage in the dash. The large center tunnel is still a feature of the Mustang II, as are the door panels. The dash, however, is more reminiscent of what you’d find in a 1994-2004 Mustang.

This car has visited SEMA three times, the most recent being last year. Before that, this special Mustang II actually looked quite different and sported a V10 under the hood. The latest version looks like a true all-around performance behemoth, and with the rarity of second-generation “Stangs” in the Mustang world, it offers refreshing distinctiveness in a sea of ​​Shelbys, Fox bodies and S197s. Going through the 100 images in the duPont registry, it looks like a very impressive build that even naysayers of the Mustang II would find hard to dismiss.