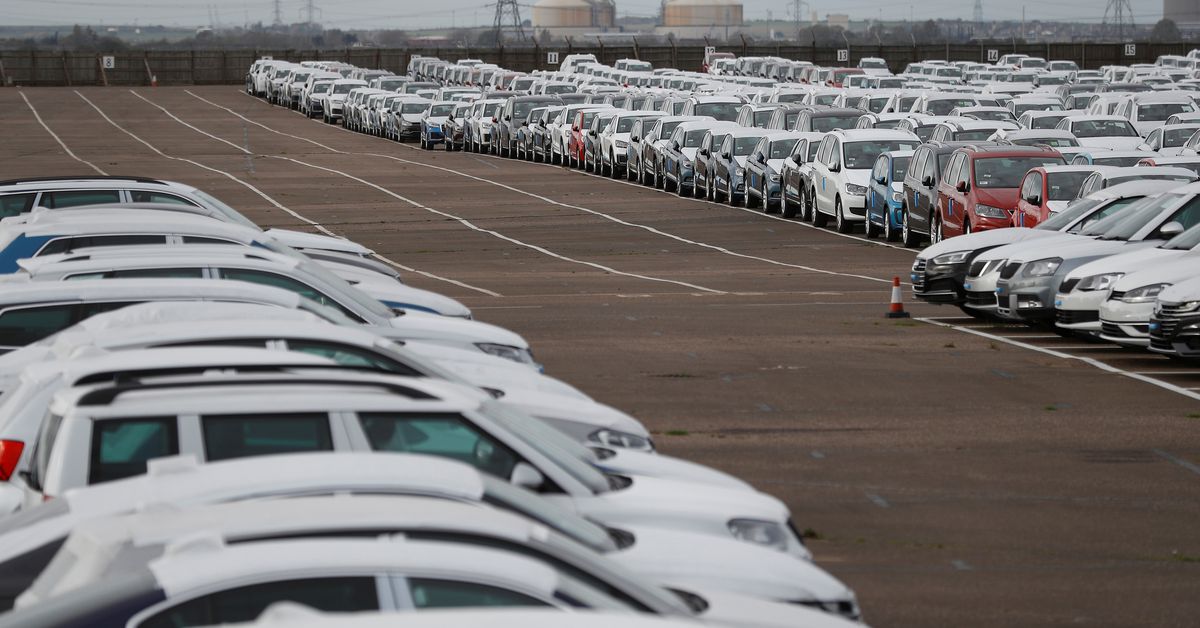 Imported cars are parked in a storage area at the Port of Sheerness, Sheerness, Britain October 24, 2017. REUTERS/Peter Nicholls

The Society of Motor Manufacturers and Traders (SMMT) said sales of new cars in the UK fell to 124,394 units last month, while take-up of battery electric vehicles jumped nearly 18% and represented one in eight new cars joining the road.

“In another challenging month for the new car market, the industry continues to struggle with global parts shortages, with the growing adoption of battery electric vehicles being one of the few bright spots,” said Mike Hawes, Managing Director of SMMT.

The overall market has shrunk nearly 9%, or 62,724 units less, so far this year due to supply issues, SMMT said.

Reporting by Yadarisa Shabong in Bengaluru; Editing by Shailesh Kuber and Rashmi Aich