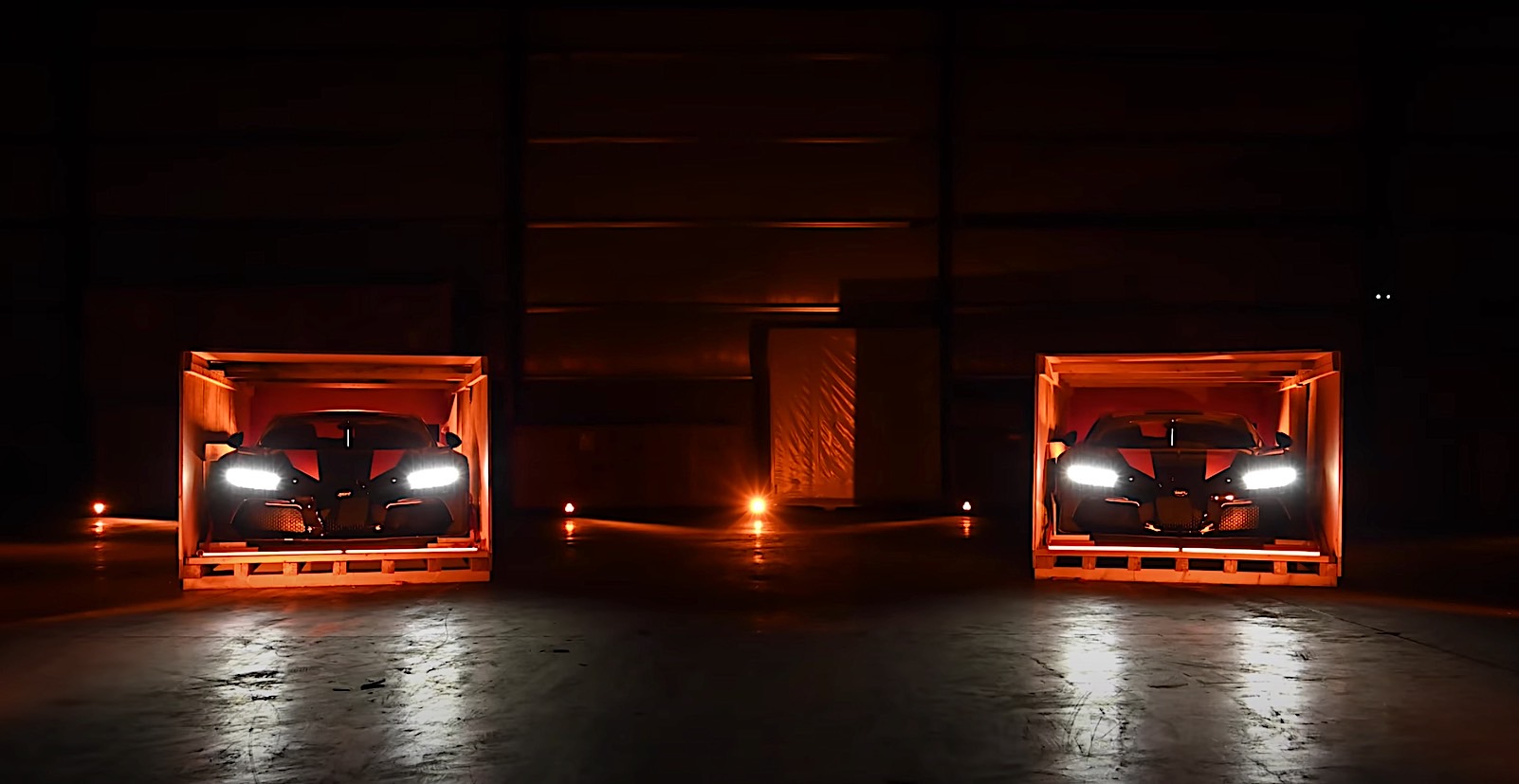 They call it the “World’s First Chiron Super Sport 300+ Dual Unbox,” and for all intents and purposes, that’s exactly what it was: the reveal of not one, but two of these rare and incredible machines. in one place, a “top secret location” for whatever reason.

The Super Sport 300+ was unveiled by Bugatti in September 2019, and the same month the car was released for limited production. The supercar maker said at the time that there would only be 30 ever made, each for sale starting at 3.5 million euros ($ 3.8 million).

In 2021, deliveries have already started, which means there have been several instances where we were able to enjoy the car in the real world. Why, at one point, there were even eight exhibited by Bugatti at the same time, just before the cars were sent on their way.

But until now, we have never seen the moment when these beasts have arrived at their destination. That changed this week when a dealer by the name of Miller Motorcars got hold of not one, but two of them, and decided to go for a double unbox of the very rare kind.

Like most cars, the Super Sports arrived at their top secret destination neatly packed in wooden crates and were taken out without much fanfare. It happened later when the two cars were finally on the tarmac – see for yourselves in the video below.

We’re not being told who the two cars you see here are for, but we do expect someone to brag about their purchase soon enough, so keep an eye out for more info.

UHC partners with Vitalant to organize blood drive this Wednesday; donations more necessary than ever