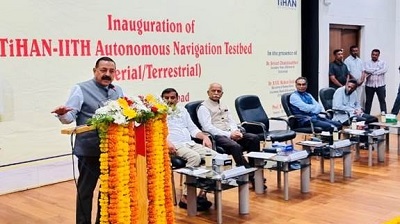 Funded by the Union Ministry of Science and Technology with a budget of Rs 130 crore, the “Technology Innovation Hub on Autonomous Navigation” is a multi-disciplinary initiative, which will position India as a global player in futuristic technology and next-generation “Smart Mobility”.

Dr. Jitendra Singh listened carefully to the experience of young startups, engaged in unmanned vehicle navigation projects and suggested that they should be linked to industry for more sustenance and growth.