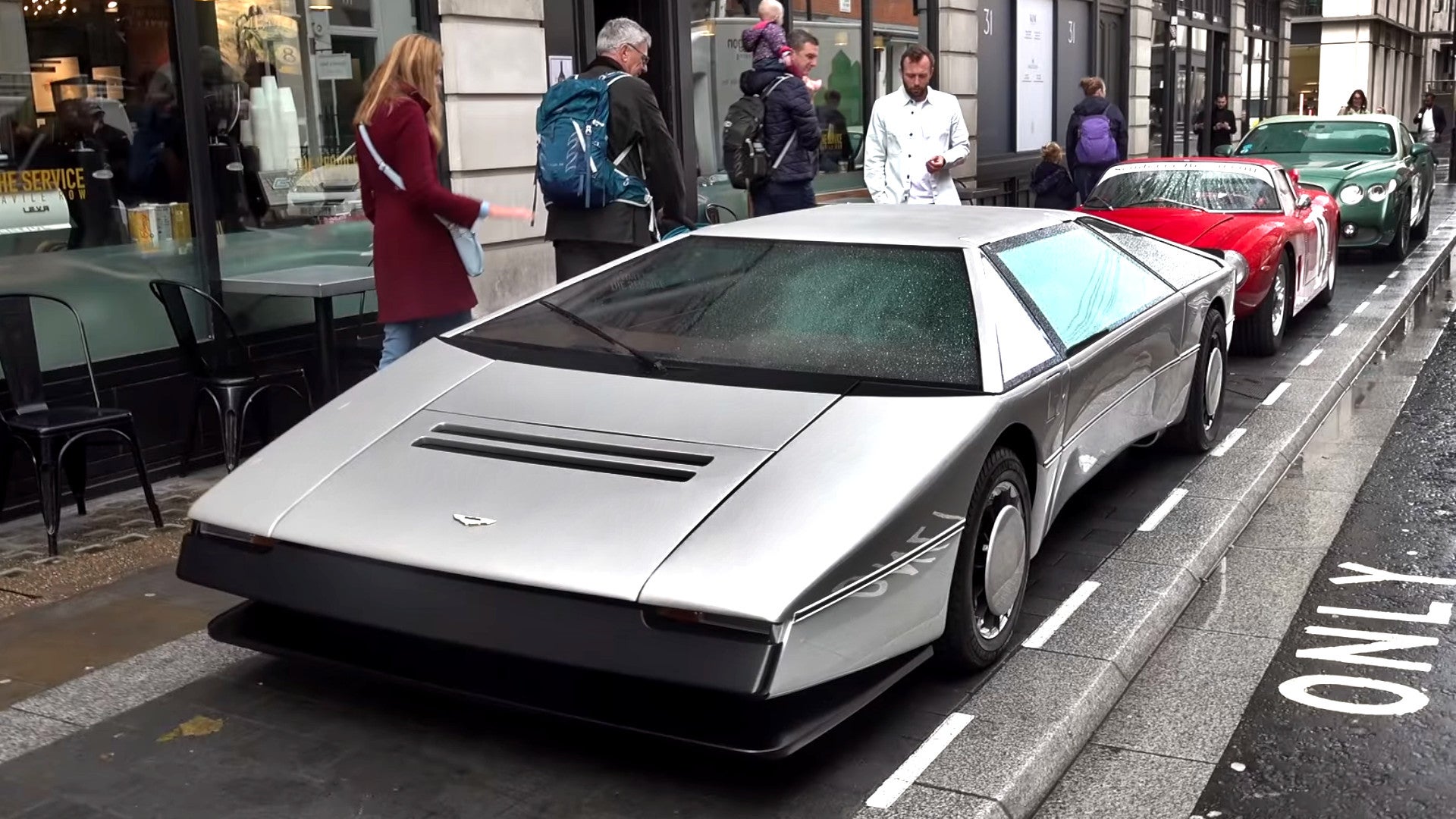 The Bulldog sported an Aston Martin 5.3-liter V8 engine, pushed to its limits with twin Garrett turbochargersâ€”a cutting-edge configuration for the time. Like so many early turbo engines, the compression was low at just 7.5: 1, although the engine ran with a healthy boost of 13 psi. Early Bosch fuel injections replaced the Weber carburetors typically fitted to Aston Martin V8s at the time. Rumors were of power reaching 700 horsepower, although the engine usually ran below 600 horsepower for reliability reasons.

Weighing 1,750kg, the Bulldog didn’t quite hit its 200mph target in testing. An attempt in 1980 on the MIRA test track only reached 191 mph, with just 400 hp at the time. Aston Martin had speculated that the car could reach 237 mph at full steam, although the project was canceled soon after when Victor Gauntlett bought the cash-strapped company in 1981.

After changing hands several times over the years, Victor’s son Richard Gauntlett became the owner of the car and undertook its restoration. The car made its first appearance in its original color and condition this summer at the Concours d’Elegance at Hampton Court.

Now seen on the road, it’s clear the Bulldog rolls and rolls, with everything from its power butterfly doors to the flip-up headlight fairing in working order. The latter is a particularly interesting note, and one wonders if the extra drag created with the lights on would slow the Bulldog down from its top speed.

The engine rumble is that of a hoarse V8, although we only hear it idling in this video. The Bulldog is then loaded onto a truck once the crowd has gathered. Flat talk, one would expect a jet-like moan from the twin turbos as well as the roar of the exhaust.

With the restoration work completed by Classic Motor Cars in Bridgenorth, Gauntlett wants the Bulldog to finally hit its original 200mph target. Aston Martin Racing driver Darren Turner will be behind the wheel and hopefully give the Bulldog the treat it deserves after 40 long years. We will definitely be watching that one.

Do you have any advice? Inform the author: [email protected]