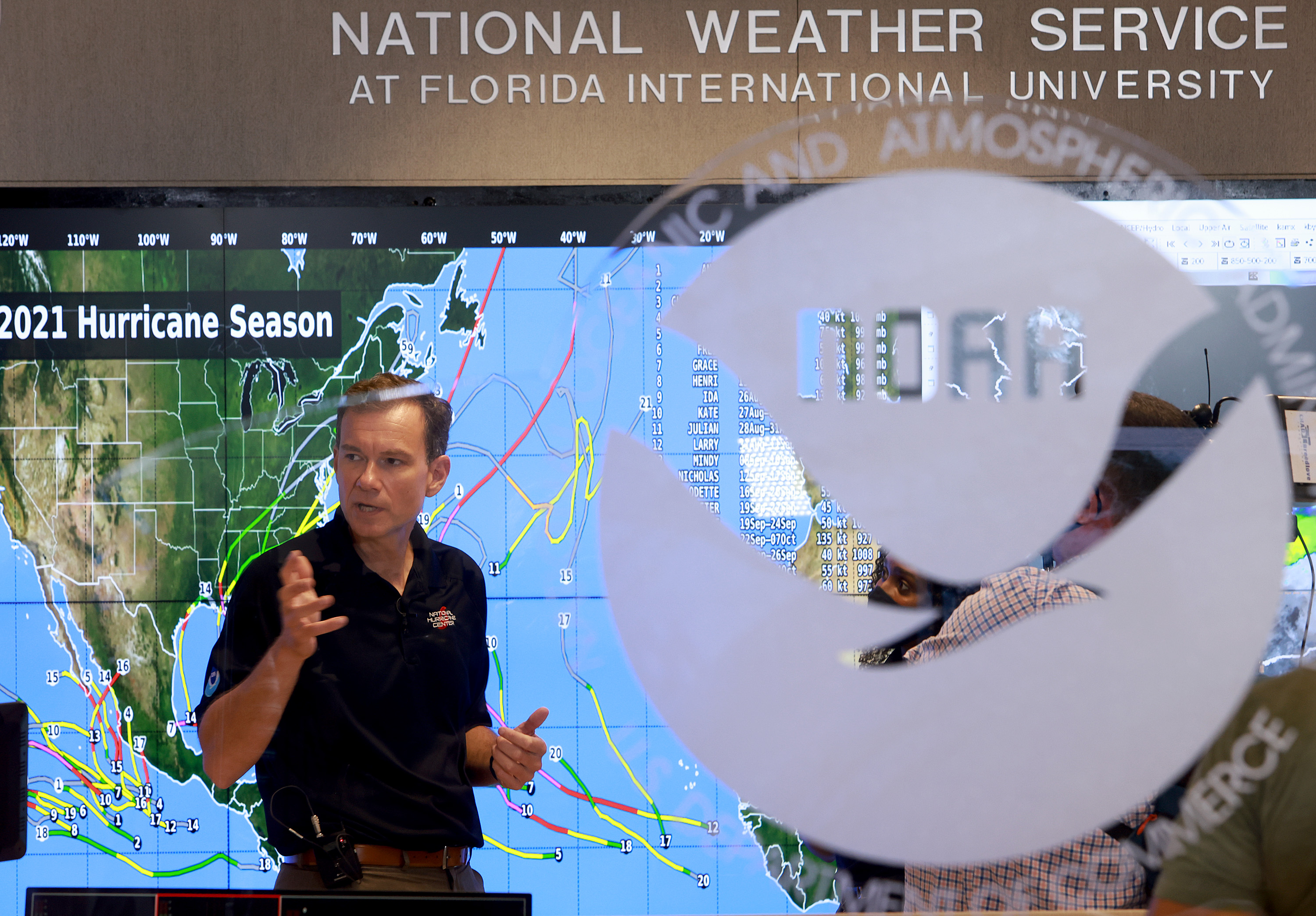 A video of submerged cars stuck in floodwaters in Miami circulated on social media Saturday morning as the state braces for potential Tropical Storm Alex.

The Miami Fire Department uploaded the video, where it had more than 100,000 views at the time of posting, and warned residents to avoid driving through floodwaters.

“At this time, @CityofMiamiFire is responding to multiple calls from cars stuck in water. Please stay off the road and do not drive through flooding,” the Miami-Fire Rescue Department wrote on Twitter.

The National Hurricane Center (NHC) has issued advisories for potential Tropical Cyclone One, which is the first tropical system of the Atlantic hurricane season, the Orlando Sentinel reported Saturday.

The storm system brought heavy rain as it crossed the Gulf of Mexico, killing at least two in Cuba on Friday, according to the Weather Channel. The power grid was also damaged as 50,000 power outages were reported late Friday night, according to the country’s Civil Defense Organization.

The NHC predicts the system could potentially become Tropical Storm Alex after it leaves Florida. However, tropical storm warnings for all of South Florida have been issued, The Weather Channel reported.

Tropical Storm Alex, which will be a heavily sheared system, is expected to cross a track across southern Florida and into the Atlantic, according to local station News 4 JAX.

Meanwhile, the Miami National Weather Service said flash flood warnings for central Miami-Dade County will end at noon on Saturday, adding that the thunderstorms brought heavy rain and flash flooding to the area, and that between 6 and 11 inches of rain fell. starting at 8:51 a.m. EDT.

“This is a dangerous and life-threatening situation. Traveling in these conditions is not recommended. Better to wait. Turn around, don’t drown,” the City of Miami said. warned on Twitter while sharing flash flood warnings reported by the National Weather Service Miami-South Florida.

The city recorded 9.73 inches of rain in the past 72 hours, AccuWeather reported Saturday morning. Cars began to get stuck and stranded in floodwater after nearly 1-2 feet of rain.

The Miami-Fire Rescue Department said in another Twitter post that it has deployed vehicles to help people trapped in submerged cars.

“Right now, @CityofMiamiFire has 6 High Water vehicles responding to people in their cars stuck in flood water. We continue to urge you not to drive or walk in standing water. Be safe and allow- us to assess the situation”, the Miami-Fire Rescue tweeted.

AccuWeather reported that while the rain will stop Saturday morning in Southwest Florida, some areas are expected to see continued flooding.