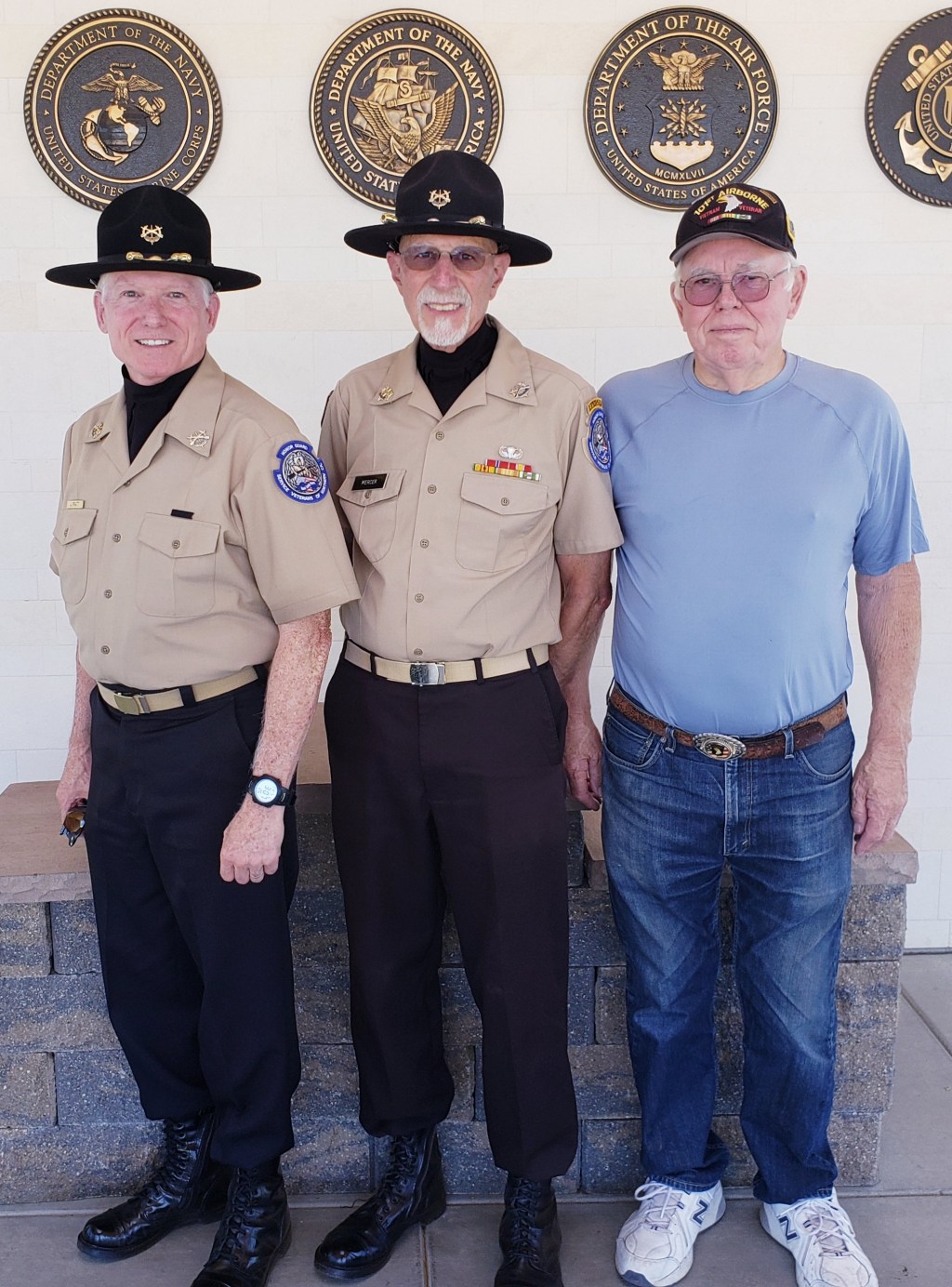 The Northern California Veterans Volunteer Honor Guard is looking for a few good men or women.

Founded in 2008 as a self-funded, non-profit veterans service charity, the Honor Guard is made up of military and non-military volunteers primarily serving the Sacramento Valley National Cemetery and surrounding cemeteries. The mission is to provide and help administer full and comprehensive military honors to veterans who have served this country.

Performing up to 10 services per day, the SVNCVHG provided full military honor services to veterans of WWI, WWII, Korea, Vietnam, Gulf War, Iraq and the Afghan wars. Some of these veterans would not otherwise have received the military honors they deserved.

Military personnel typically perform the presentation and folding of the flag and the “tap dance” during cemetery funeral services. However, outside of the Air Force, the Army no longer fires the three-volley salute. This is where the SVNCVHG comes in.

In addition, when the military is not able to perform flag duties and “Taps”, the SVNCVHG will do that as well.

Trained by Vietnam veteran Andy Derflinger, the guard of honor began serving shortly after the cemetery opened in 2008. Derflinger was part of a support group for veterans with stress disorders trauma and discussed one morning how he and his wife visited the new cemetery and how troubled he was that the military services did not have a rifle team. When Derflinger inquired of the cemetery officials, he was informed that there was not enough staff for these honors.

Spurred on by group advisor Jeff Jewell, Derflinger asked for volunteers at a meeting of the Vacaville Disabled Veterans Chapter, and the group was born.

Tom Murray, former vice-commander and current member of the board of directors of the Guard, was recruited by Derflinger to the PTSD support group. Murray, 78, is a U.S. Army 101st Airborne veteran and served in Vietnam. After his military service ended in 1969, he worked as an auto mechanic and assistant service manager for the Chrysler dealership in Berkeley, then went into construction and then founded a very successful termite business. He retired in 2009 and began volunteering with the Honor Guard the following year.

â€œI’m proud to be a part of this group,â€ said Murray. â€œAndy passed away on December 29, 2016. So the next month a number of us talked about how we were going to continue. Lou Pietrowski took over and took us from a phone contact to a Facebook page, and it evolved into a website, and he did for four years.

Pietrowski recently resigned. The newly elected commander is Stever Mercer, with John Pratt as deputy commander. Pratt is one of the few non-veterans of the SVNCVHG, having served as a police officer for 30 years. He went on to help build a large international non-profit organization, an experience that is proving invaluable in his new role in the Guard of Honor.

â€œJohn arrived as an alien a year ago,â€ Mercer said. â€œWe look at it from another angle. We have a lot of administrative tasks in the organization. Lou was the master of everything. When I took the job I said, ‘I don’t want to do all of this. Why can’t we get a civilian to join the honor guard and schedule the funeral, take the phone calls, or take care of the guns? So John has put together a new recruiting brochure saying that we are looking for someone whose heart is of service and who is ready to help the honor guard in their mission.

â€œSo we are trying to open up to civilians. We even talked about high school students trying to get community service hours.

Mercer, 81, was an ROTC classmate with Colin Powell at City College in New York. Mercer served with Army engineers for six years in Germany and Vietnam.

Before COVID, the SVNCVHG had around 20 members and could hold ceremonies on Mondays, Wednesdays and Fridays at the Sacramento Valley National Cemetery. But the number fell to 14 and the group was only able to serve on Mondays and Fridays.

The group would like to double its staff so that it can serve cemeteries five days a week. If 25 to 30 people served two or three days a month, the group would be able to do so.

â€œMost guys like Tom and I are retired so we can set our own schedules,â€ Mercer said. â€œWe have people who work who will do Saturday. “

Women are welcome and one is a regular at cemeteries. The need is great, as the SVNCVHG receives invitations to perform ceremonies from funeral homes, families and the five branches of the military. They performed duties on the deck of the USS Hornet in Alameda and up to Reno.

“There are a lot of opportunities that we are starting to explore that we haven’t implemented before that are really viable for non-military personnel or for people who don’t necessarily want to lug around a rifle,” Pratt said, who retired 13 years ago and enlisted after watching the Honor Guard perform on multiple occasions at Sacramento Valley National Cemetery.

â€œI was looking for something locally that I could easily access, which wasn’t a huge commitment,â€ he recalls. â€œMy in-laws are buried here, along with another member of my wife’s family and a close family friend. What a beautiful piece of community to have a national cemetery in your backyard. I was here one day and I was like, ‘I’ve been watching the honor guards and I think this is something I could get involved in. So one day I walked up to the group and said, â€œHey, who do I talk to about volunteering? “

â€œThe more I am here and see and talk to families, the more I realize that this is a truly just organization and a cause to be supported. We hope that there are members of the community who see this too and want to be a part of it, and it is a very simple thing to do.

The eligibility conditions are based on reliability and commitment. It is strictly voluntary and members do not receive any monetary compensation. Services are provided free of charge to the family of the deceased.

Rifle volley shooting is only available upon family request for retirees or veterans by calling 415-619-9554.

To register, donate, or find out more, call the number above or email [email protected] or visit www.svncvhg.org.

How I Spend It: Eddy Grant on Music, Masonry and “Magic Spaces”