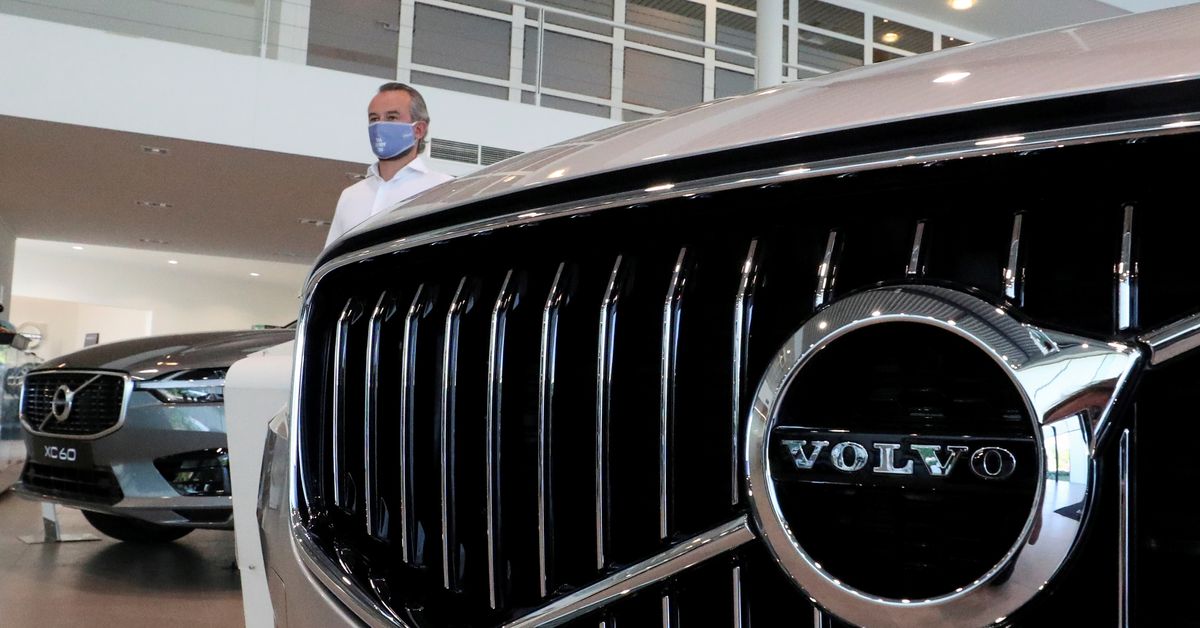 An employee of a Volvo car dealership, wearing a protective mask, is seen in a showroom, in Brussels, Belgium, May 28, 2020. REUTERS/Yves Herman

A global shortage of semiconductors has forced the Gothenburg-based automaker and its global peers to cut vehicle production despite robust demand.

As with many businesses, the war in Ukraine has driven up raw material, energy and freight costs for Volvo, which is seeking to mitigate the effects by adjusting prices.

“So far these price increases have materialized and it hasn’t dampened demand at all,” chief financial officer Bjorn Annwall told Reuters.

Volvo shares, down 16% this year through Wednesday but up 22% from their IPO price, rose 3.9% in early trading.

Investment bank JPMorgan said in a note that Volvo performed well, adding that supply chain issues and managing raw material costs would be key in the second and third quarters.

In February, the company suspended all sales, services and production in Russia, which last year accounted for around 3% of the group’s net sales. Read more

“Obviously we don’t anticipate any activity in Russia for the foreseeable future,” Annwall said.

Volvo said production was down at the end of the first quarter due to a temporary shortage of a specific semiconductor and warned the supply problem is expected to persist into the second quarter.

Its first-quarter operating profit fell to 6.0 billion Swedish krona ($607.4 million) from 8.4 billion a year earlier, but beat the 4.13 billion expected by four analysts polled by Refinitiv.