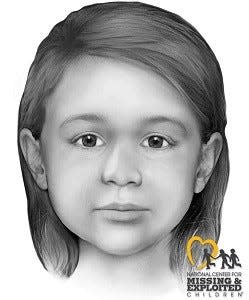 The Yavapai County Sheriff’s Office is asking for donations for advanced DNA testing in an effort to identify “Little Miss Nobody,” a young girl whose partially burned remains were found in the desert in 1960.

His remains were found in Sand Wash Creek in Congress, an area less than 20 miles north of Wickenburg, on July 31, 1960, according to the Yavapai County Sheriff’s Office. She was estimated to be between 3 and 6 years old at the time of her death.

Investigators determined his remains had been burned one to two weeks prior to their discovery, but no other trauma was evident and the cause of death could not be determined, the sheriff’s office said.

The “suspicious nature” of his death prompted authorities to rule it a murder, the sheriff’s office said.

She became known as “Little Miss Nobody” and Yavapai County residents raised money to give her a funeral service in 1960. Her body was exhumed in 2018 to obtain a DNA sample, said the sheriff’s office.

The lab set up a DNASaves fund to raise the $5,000 needed for testing. As of Thursday morning, $1,250 had been raised for the effort, which included a $1,000 donation from the sheriff’s office.

US News announces the best cars for the money 2022